According to Pritzker, just a 1% under-count could result in the state losing over 195 million in federal funding each year “at a time when we need our funding the most,” said Pritzker. “Today when the Illinoisans pay our federal taxes, we are only one of 10 states that gets back less then what we pay. We could do so much better,” said Pritzker. 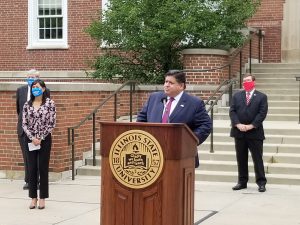 Pritzker says residents of Illinois can change the narrative by simply getting counted in the Census. He says Illinois is competing with the other states, and that Illinois is doing “pretty well” so far.

Right now, Illinois is number two among the most populist states and number seven overall in the Census response rate. “But we can’t rest in our laurels,” said Pritzker. “I am here today because I want to be sure that this community gets its fair share and that all of you get counted.”

Right now, Normal’s Census response rate is 65.9% and that’s a 10-percentage point increase from two weeks ago. “The bad news is that rate is still below the current statewide response rate of 70% and the McLean County rate of 72%, so let’s get it right for Bloomington-Normal. Call your friends and neighbors and urge them to do their part.”

Pritzker encouraged those in the crowd to go online and and fill out the Census form, he says this is an act of civic engagement.

“It’s a demand to be fully heard and fully counted, and because many of you are college students you have an even bigger opportunity to make a difference because college students are among what is considered as ‘hard to count populations,’ said Pritzker. “It is easy to get counted.”

Pritzker says it only take a few minutes and that it is more important than ever before.

“It will bring more investment, better schools, better roads and better health care to your community and to you and your family,” said Pritzker. “The Census is a crucial tool to get the funds to invest in our people and build the equitable Illinois that we all want to build.”

Illinois Secretary of Human Services Grace B. Hou has been another face behind the 2020 Census and has been working on the numbers despite COVID-19 afflictions.

The Illinois Department of Human Services is working with grassroots community organizations in partnership with the Tri-County Regional Planning Commission and the Illinois Community Action Agencies, and they in turn are working with 16 local organizations who are sub-recipients of the grant for the award in this state. “We have funded a grassroots effort all across the state in addition to a robust marketing and outreach plan,” said Hou. “We must continue to work together to do everything we can to make sure every Illinois resident is counted. We are asking you now to help us get everyone counted through the end of this month, Sept. 30. Remember this is our last chance to get it right until 2030, 10 years from now.”

Hou encouraged the ISU student body #2020Census when students complete it, she also encouraged students to engage with their friends and family to respond.

Adding to Hou, Koos says it truly is important to understand that the 2020 Census counts the residents of McLean County to get fair federal representation. “We have to get an accurate count, please help us do that.” 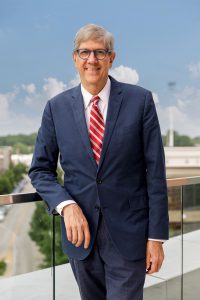 Photo courtesy to Town of Normal

Brady echoed the comments made by local leaders and said a full Census count is critical to our communities.

“Federal funding for our schools, roads, hospitals and other resources are provided based by population and other information the Census that’s so important,” said Brady. “I stress that we fill out our Census and we get involved.”

Brady and his daughter, ISU student, passed out free masks that promoted the 2020 Census reading ‘Make it Count’.

A Night with the NELK Boys 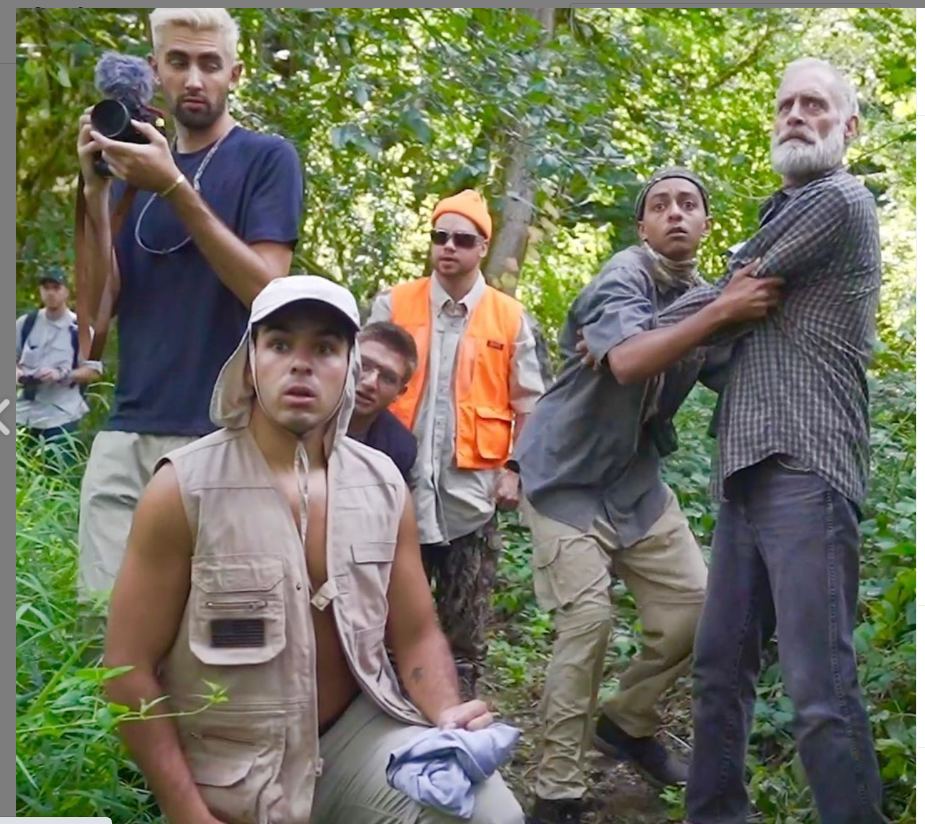 ‘Last night was No Joking Matter’ 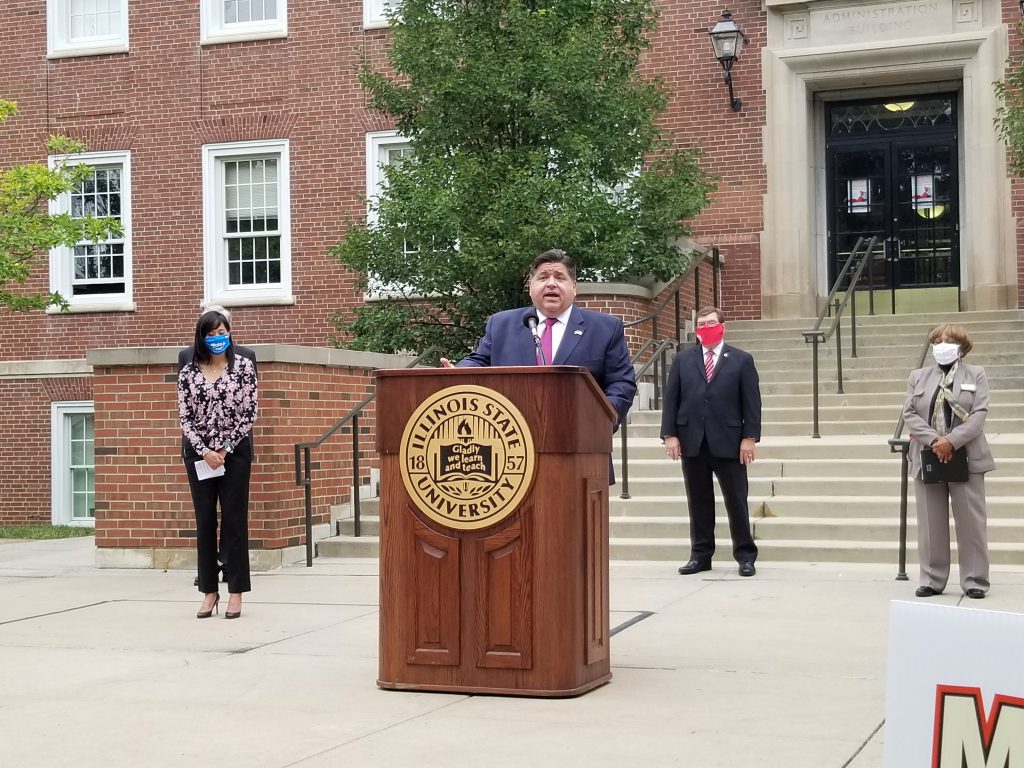