BLOOMINGTON, Ill. — Mike Straza has officially announced he will be running for Mayor of Bloomington.  Mayor Tari Renner has announced he will not being running, and he has been mayor for the past eight years.

Straza announced his intentions on his Facebook campaign page via video.

“Since I announced my intention to run for Bloomington City Council, I’ve shared with several people my vision of Building Bloomington Together,” said Straza. “And that message was connecting across the entire city. It is because of this that I am excited to announce I am suspending my campaign for Alderman in Ward Five. I will begin today working to be the next mayor of Bloomington.” 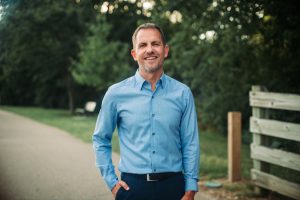 In addition to Straza’s experience as an entrepreneur, business consultant and business mentor,  he says his proven commitment to serving as a community leader will be a powerful resource for his vision of Building Bloomington Together.

Straza has lived in Bloomington for the last 37 years and believes Bloomington to be a fantastic place for both private citizens and the business community.

Once elected in April, Straza says he will be committed to Building Bloomington Together by working with citizens and community leaders.