NORMAL, Ill. – With March Madness in the books with an 81-75 loss against Wabash, so wraps up the 2021-22 season for the Illinois Wesleyan Titans.

“When you end with a disappointing loss it’s easy to be disappointed in your season,” said Head Coach Ron Rose. “I think that’s the natural reaction immediately after the game. But the reality is that we had a really great year.”

The Titans finished their season with a 24-6 record which sat them atop their conference in the CCIW. In CCIW-play this this season the Titans dominated conference opponents with a 14-2 record against the conference rivals.

“We had the bullseye on our chest all year,” said Coach Rose. “We were ranked in the top 5 to start the season, we carried that all year long and never dropped out of the top 10… We were getting everybody’s best shot and I think our guys reacted incredibly well to that.”

IWU’s stellar play was in large part to their outstanding defense, which lead the CCIW in least points allowed per game with 64.8. Senior guard Peter Lambesis led the way for the Titans on the defensive end, leading the team with 43 total steals.

“Our team this year we had Luke (Yoder) and Pete who were great on ball defenders and can shut down really good players,” said guard Cory Noe. “And then we just had other guys who could help out in different roles too… And that’s really what made our defense so great together was everyone filling their role and helping each other out.”

IWU gained a statement win early in their season on the road against #1 ranked Yeshiva. Coming into the matchup the Maccabees held a 50-game winning streak, spanning just over two years since their last loss. This win propelled the Titans into a seven-game win streak, which was the longest of their season.

“That was a huge game for us,” said Noe. “I think that really propelled us through our second half in our conference run that we made, which led us to winning the regular season title.”

With the season officially over after their elimination in March Madness, the Titans will usher out four key contributing seniors to the 21-22 team in forward Matt Leritz, guards Cory Noe and Peter Lambesis, as well as student assistant coach Gavin Markgraff.

“This team had such outstanding seniors with guys like Matt, Pete, Cory, and Gavin,” said Coach Rose. “They’re guys you’ve been through the grind with. They’ve worked hard and gotten to this point in their careers and as a coach you just want to win it for them.”

Matt Leritz’s missing presence in the frontcourt next season is something to expect without a doubt. Leritz acquired quite a bit of hardware for his efforts on the court this season, as he averaged a team high 17.8 points and 9.5 rebounds a game. Some notable honors earned by Leritz this season include Region 8 Player of the Year, First Team All-American Honors from the National Association of Basketball Coaches and a program record of most rebounds in a game with 25.

“It’s been awesome seeing him get those,” said Peter Lambesis. “Even when we came in as freshmen we had goals of where we wanted to end up, and that was playing in the tournament. So as our team has gotten better it’s been cool seeing Matt get those accolades too, which has been a huge part of our success.”

Peter Lambesis was one of the key components which kept the IWU defense humming at an elite level. Lambesis earned First-Team All CCIW and solidified his reputation as one of the best defenders in all of Division III basketball with his 43 steals, as he faced multiple All-American opponents this season. Lambesis finishes his career as a Titan with 112 total steals.

“We were certainly a very defensive oriented team and Pete Lambesis was part of that,” said Coach Rose. “He guarded several All-Americans, so he usually got the toughest assignment and did a great job with it. He was arguably the best defender at our level.”

Guard Cory Noe joined Lambesis and Leritz on the All-CCIW roster, as he earned All-CCIW Second Team Honors in his final season. Noe showcased his elite scoring ability early in the season during the Sikma Hall of Fame Invitational against Hope, as he posted a season-high 26 points. The performance earned him D3Hoops.com Team of the Week honors.

“Essentially it’s guys like Cory and Pete who make it super easy for me,” said Matt Leritz. “So I just wanna say shout out to Pete and Cory.”

While all of these outgoing seniors will surely leave a hole on the IWU roster, the Titans will be in reliable hands in the coming season. Junior Luke Yoder was named to the All-CCIW Second Team, as well as junior Lucas Heflen being a recipient of the RESPECT award.

“I think the team is being left in great hands,” said Leritz. “Guys like Cody (Mitchell) Luke (Yoder) and Lucas, who are great leaders and great basketball players. I think they’re going to care and take their role as leaders and upperclassmen very seriously. I also think the team got a taste this year of what it’s like being close to the Final Four this year, and I think they’re going to come back hungry next year.”

Along with the veteran play of some returning players, the team will be left in the ever-capable hands of Head Coach Ron Rose. Coach Rose was named CCIW Coach of the Year for the fourth time in his career, as well as being named Region 8 Coach of the Year.

“I think what’s so unique about Coach Rose is he’s really genuine,” said coach Gavin Markgraff. “He truly wants the best for his players. I think these players being in such a fortunate position with Coach Rose is something that not many programs get to experience.”

With the season over, all eyes for the Titans are on a long offseason of rest and preparation as they’ll be defending their reputation as heavyweights in the CCIW. 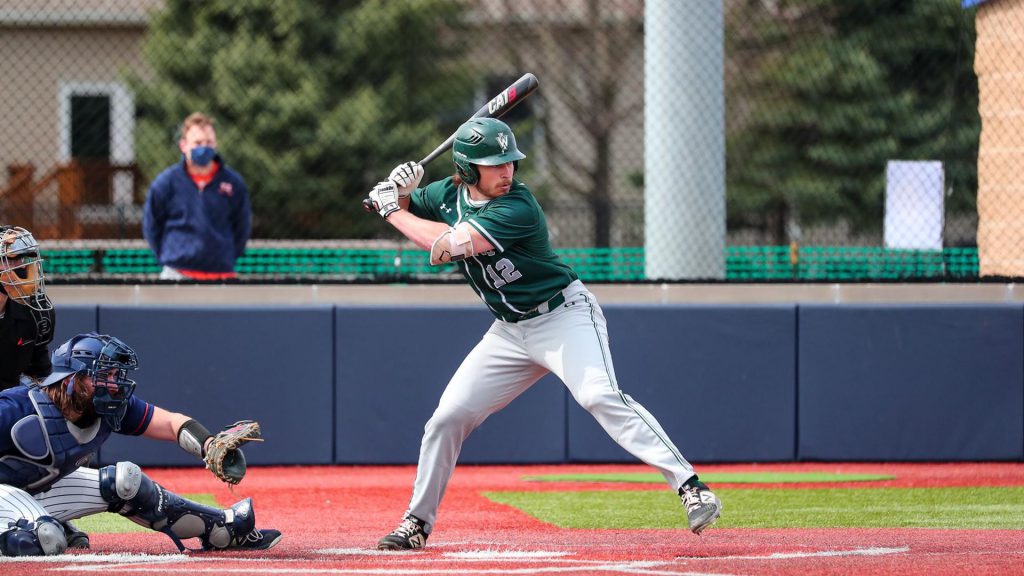