NORMAL – Struggles continue for the Illinois State Redbirds as they lost their 7th straight game to the Southern Illinois Salukis at home.

Despite once having a 10 point lead at one point during the second half the Redbird’s late game turnovers and defensive breakdowns ultimately led to their 2nd half collapse.

“In the end we just had to many stretches of bad play in the second half. Turnovers, and defensive that cost us,” said Head Coach Dan Muller.

Zach Copeland on the other hand was one of the bright spots for the Redbirds offensively with 24 points on the day on 9-13 shooting from the field and 5-7 from behind the arc. Copeland did hit 2 big 3-point shots in the final minutes of the game with the last 3 tying the game at 54 with 46 seconds left in the second half.

Copeland’s clutch 3-point shooting at the end of the game was unfortunately not enough as the ISU star could not get a good enough handle on a loose basketball that caused him to step out of bounds with :10 left in the game. Here’s Copeland on what was going through his head trying to save the loose ball.

“A lot of things going through my head, I’m trying to get the ball, and it just slipped out of my hands.”

Despite the late game sloppy turnovers and defensive mishaps the Redbirds still had a chance to send the game to overtime. With no time outs left in the game the Redbirds could only run a quick scramble play to try and get an open look. The Salukis defended the play the best they could forcing Copeland to throw up a three point shot that was off the mark.

The Redbirds return to the hardwood Wednesday evening to face off against Evansville at Redbird Arena. WZND will have a live broadcast of the game beginning at 6:50 in addition to live tweeting the game on twitter. 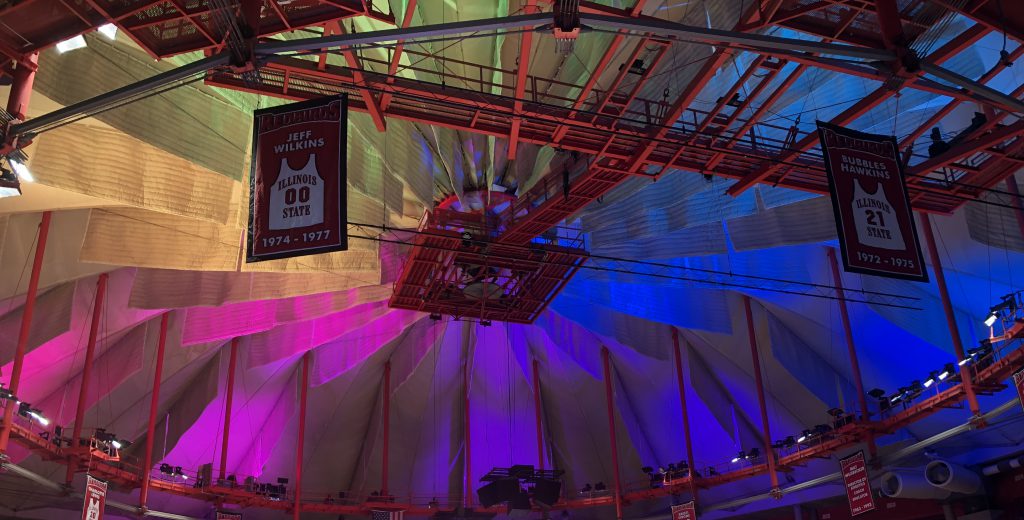