NORMAL, Ill.- The Illinois State soccer team (4-10-2 overall, 2-3-2 MVC) are on the road for their final regular-season matchup on Friday, October 22 as they head to Indiana State.

The last time out for the Sycamores they took care of business at home as they defeated Missouri State 3 to 1. The Bears outshot Indiana State 15 to 7 overall as well as 8 to 3 shots on goal. With this win, they extended their winning streak to three and have an overall record of 5-7-2 and a Missouri Valley Conference record of 3-2-1.

On the other side of the ball, the Redbirds also battled to a double-overtime tie on Sunday, October 17 against the Drake Bulldogs 0 to 0. In last Sunday’s matchup, the Redbirds and the Bulldogs were locked in a battle with Illinois State only holding an 18 to 17 shot advantage. This match was Illinois State’s second double-overtime game this season with both games ending in a draw.

The Redbirds are at a crucial point heading into their last match of the regular season. A win against Indiana State can help position them to a higher seed in the Missouri Valley Conference standings as Illinois State is currently the fifth seed.

Fifth-year senior Alissa Ramsden expands on what the team is working on leading up to Friday night’s match.

“This week leading up to Friday we’ve been really working on just enjoying the game,” said Ramsden. “I think we play better when we’re relaxed and when we’re just enjoying having the ball, keeping the possession, and moving the ball around. That’s something I think we’ve really focused on this week is trying to keep the ball and also just staying relaxed and focused and I think that’s when we play our best. So that’s what we’ve been really focusing on.”

Here are some major storylines you need to know before Friday nights game:

The Redbirds are at a crucial point as they currently are 2-3-2 in MVC play holding on to the fifth seed. Friday night’s match is crucial because with a win they’re in the tournament with the potential to finish anywhere from the 3rd to 6th seed. With a loss, Illinois State will be out of the conference tournament for the first time in program history. Simply said, the team can finish anywhere from 4th to 8th with a draw and from 5th to 8th with a loss.

Ramsden expands on the importance of Friday’s game.

“Friday is very important for us and I think that’s something all the girls on the team know and we’re all very aware of,” said Ramsden. “It’s coming towards the end of the regular season, trying to get into the conference tournament, trying to get the best so a win definitely puts us in the best position to be able to kind of guide our own path into the conference tournament. It’s a really important game and we’re very excited for it.”

With last Sunday’s double-overtime match ending in a tie, the Redbirds are now 1-4-2 in games that head to overtime. Their only win in OT came on Wednesday, September 29 against Missouri State.

The Redbirds lead the all-time series 22 to 6 but have gone 2-3 in their last five matches with Drake. The last time these two teams met was on March 13th of the 2021 Spring season as Indiana State came to Normal and secured a 2-0 shutout. That matchup was the first time since 2008 that the Sycamores shut out Illinois State.

SLIGHTLY BETTER ON THE ROAD

Illinois State has struggled at home posting a record of 1-6-2 but it has been on the road that they have found some success winning three of their seven away games. In their all-time series against Indiana State, the Redbirds have won seven of their ten away games.

The Redbirds could end up waiting a week before knowing if they will qualify for the MVC Tournament. Illinois State will be done with its eight-match slate before six of the other eight MVC teams have even played their seventh match Friday night.

The kickoff between the Redbirds and the Sycamores is set for 6 p.m. at Memorial Stadium in Terre Haute, Indiana. Live game updates will be provided by the official Redbird soccer Twitter account @RedbirdSoccer and can be streamed on ESPN+. 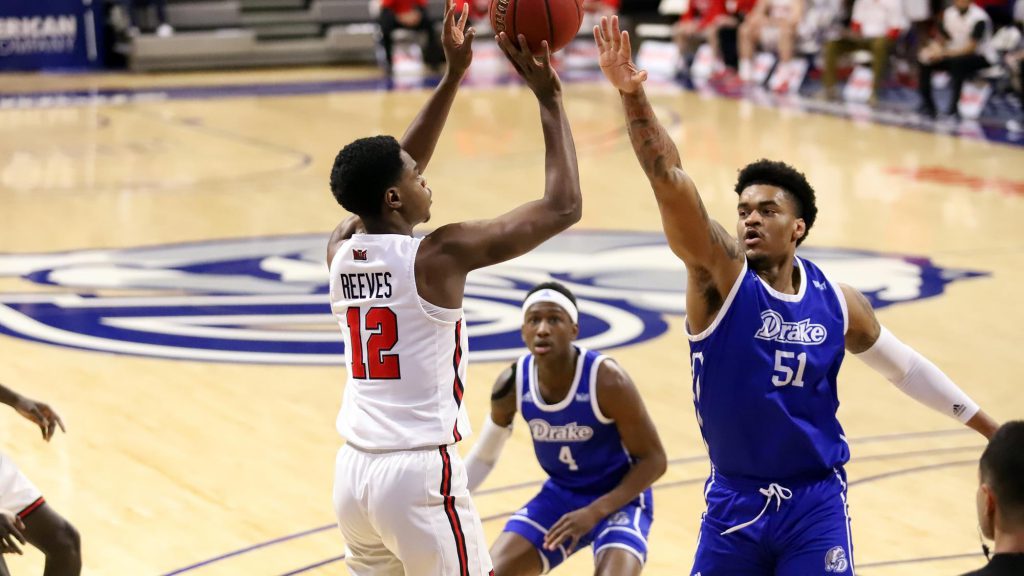