After about four years since their last album, the famous American Rock Band Foo Fighters have finally released another great piece of art with their new album “Medicine at Midnight”. The band was first formed in 1994 in Seattle, Washington and have since become a part of the Rock band scene in the industry. Many great albums such as “The Colour and The Shapes”, “One by One”, “Sonic Highways”, have been big reasons as to why they have been very successful and well known over the years. It’s absolutely crazy how it has almost been nearly three decades since they made their debut and still they manage to keep up in the Rock music game and still releasing great music today.

The best way I can describe this new album is that it oozes positivity just by sound and groove of the songs and overall the vive from the vocals in each song. To start off the songs titled “Starting a Fire” and “Shame Shame” which by the way are probably my favorite song off the album, give off this really fired up rock rhythm that in my opinion is very catchy and contagious. For many who know the Foo Fighters well, they are often known for their hard-hitting sound but yet with this project I find it to be a little out of that hard-hitting place and it defiantly takes some time to get used too but yet, I am not complaining because I enjoyed listening to this album. I could see myself listing to this on a very chill car ride or maybe just playing it at like a bonfire setting, its definitely got that rock kick to it but again it is very soothing and groovy so nothing crazy. But what I really enjoy is the instrumentation and how well it really fills in and adds something new and makes each track unique.

But like always I do feel like a new project does hold some cons and to me with this album many of the songs kind of sounded similar and repetitive, while they all have their own unique melody and rhythm I still feel like they kept it the same throughout in many points of the album but that is why I say the vocals really helped the album really standout and made the songs really catchy. There are some slow and some fast but to me I feel like there could’ve been more of a variety but in the end, I still enjoyed listening to this project and seeing more of a new side to the sound of “Foo Fighters”. And for sure I am looking forward to their future work and seeing what else they bring to the table. But right off the bat the start with “Making a Fire” and “Shame Shame” was a good welcoming to the album and those are for sure my top picks, so take a listen and see what you all may think. I am not the best when it comes to Rock music but I was open to listening to this and I enjoyed it very much and I am sure bigger fans of this popular Rock band will be pleased with what this album has to offer. 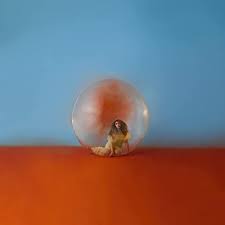 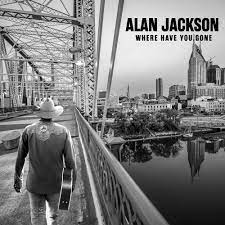