Logic, also known as Robert Hall, has been an influential rapper since the early 2010’s by producing mixtapes such as Young Sinatra and Bobby Tarantino then by releasing the studio albums, Under Pressure and Everyday just to name a few of the albums and mixtapes. Before the release of No Pressure, Logic announced that it would be his final album, but reviewing this album in with a late 2021 perspective we, the listener, know that it wouldn’t be his last music release, he would then release one compilation album and one mixtape which would be called YS Collection Vol.1 and Bobby Tarantino III. The album No Pressure contains 15 songs, two of the songs are intros and outros. The runtime of the overall album just runs just under 1 hour, at 59 minutes and 55 seconds.

One of the early songs on the album that stands out, in my opinion is “GP4” also known as “Growing Pains 4” is a song that continues the story from “Growing Pains III’ which happened to be on his first studio album Under Pressure. Throughout the song it does have an almost repetitive beat but it works because Logic uses the lyrics to help the listener to get into a rhythm. The meaning of the lyrics of “GP4” shows the struggles of his upbringing and yet still able be to achieve the success that he has, he also mentions the how no matter the persons’ background. Within the song, he also brings in cultural references such as comic book character Thanos, Matrix Character Trinity and Mr. Feeney from Boy Meets World.

Another song that stands out, in my opinion, is “Perfect”. The song starts upbeat tempo and it continues the upbeat/quick tempo through the majority of the song. “Perfect” is the shortest song on the album with a runtime of 1 minute and 40 seconds. Even within the short runtime “Perfect” is a song that hits different topics from other rappers’ lack of rapping ability and how Logic has made it in the rap scene. At the end of the song slows down and helps the listener fully process what they listened to and Logic wants to let the audience what was his music inspiration was, which include Najabe, MF DOOM, RZA, and Kanye West.

“Dadbod” is a different type of song, in my opinion when it goes comes to rap lyrics vs.. other songs on the album because Logic in the song brings up how fatherhood has changed him. Though the song is mainly about his daily life which would include going to Target, meeting fans, looking for cereal, and forgetting his “card” and having to pay cash. Logic brings up how he would rather be in the studio with one of his producers No I.D.. The song brings up the struggle of how competitive the rap scene is and if not at the top of your game you’re out.

Overall, the album does seem to flow together and it feels the album could almost be one song which I personally find that an impressive and difficult task to achieve. The album seems to have different types of music as well from the Jazz to Alternative Rock. Logic did also take inspiration from outside of music as well, from his personal life to other forms of media such as Orson Welles radio play The Hitch-Hiker, an episode from “Orson Welles Commentaries”, Snake Eyes from Metal Gear, Cowboy BeBop, Trigun, and Samurai Champloo. From listening to the album, one could hear the emotions behind the words, and make you think at the time is Logic truly done making music? 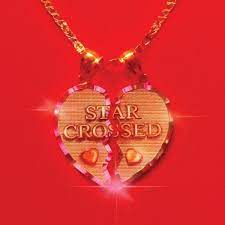 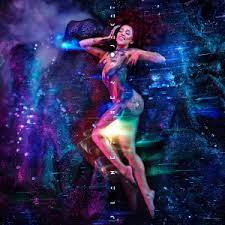