Lea Cline will live and serve this community despite the results

NORMAL, Ill.- Associate professor of art history at Illinois State University Lea Cline running as a Democrat in District 8 is waiting the results of the Primary Election.

This year’s Primary Election has seen “light” voter turnout according to McLean County Clerk who has been monitoring the polls since 7 a.m.

Cline believes a specific vote was impacted due to the virus.

“I am sure that the Coronavirus will effect voter turn out. But, people knew several days in advance what the situation might be like today. So, there was lots of early voting and lots of mail ballot requests. I think the most significant effect will be on the student vote, with both IWU and ISU closed for the semester,” said Cline.
Unlike other politicians Cline believes it was the right thing to do to move forward with the election.
“I think it was the right thing to do for us to go forward with his primary today. I say this because many early voters had already participated. I fully support the states that have not begun early voting moving their primaries forward,” said Cline.
As the focus shifts from the Primary to the Coronavirus, the question of when the democratic process will resume.
“The big worry now, of course, is when this health crisis might end and when the democratic process might start up again in earnest,” said Cline.
Cline shares her thoughts on what voting is to Americans and her appreciation to the process.
“I think that voting is one of the most patriotic things you can do. I sincerely appreciate everyone who voted, everyone who worked to support the process and all of the candidates for participating. If you didn’t vote, I hope we can convince you to vote in the future,” said Cline.
Tagged as Coronavirus (COVID-19) pandemic. County Board Democrat democrats District 8 early voting Illinois State University McLean County board Nathan Russo Primary Election 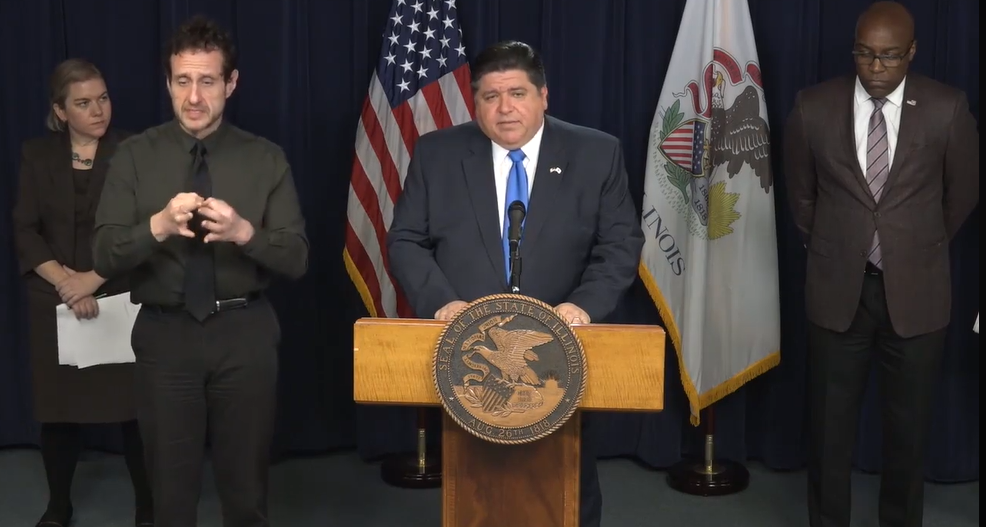