NORMAL, Ill. – The Kappa Sigma chapter at Illinois State University has officially been suspended by the university’s Dean of Students office January 25, 2023.

The official suspension will begin effective immediately until December 31, 2025.

This decision comes in the wake of a superfluity of derogatory actions taken against members of the LGBTQIA+ community. These actions include pledging-members of the fraternity spray-painting derogatory and homophobic slurs on sorority and fraternity houses across the ISU-campus.

The Dean of Students Office based the organization’s suspension on violations A5c, A9, B2, B6b and B6d of the Student Code of Conduct. These violations range from Acts of Dishonesty, Damage to Property and a variety of hazing violations.

Previous to the suspension of the organization from the University Student Government Association at ISU passed legislation to hold the fraternity accountable for their actions.

Jakai Martin, a student who was assaulted for his sexual orientation and an leader for LGBTQIA+ rights at ISU; previously voiced his opinions in support of SGA and their power the student body can hold to make positive change.

“One of the most important things for every student from every community [is] to have a physical voice with a vote,” said Martin. “One of the things that can always be worked towards is always increasing communication from student government to students on the issues that are inherently present within the student body. By knowing those we can highlight any potential issues, any potential points where students need to feel more safe and work towards remedying those immediately.” 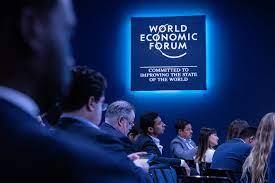