NORMAL, Ill. – Illinois State University is built upon seven core values: learning and scholarship, individualized attention, diversity and inclusion, civic engagement, respect, integrity, and collaboration. Many on campus feel that multiple of these values have been disregarded within recent memory and ISU has been facing backlash by students in light of events involving homophobia on campus.

On Wednesday September 28th, 2023, members of the Kappa Sigma fraternity were accused of spray painting homophobic slurs onto the property of multiple Greek houses. Tri Sigma, Alpha Sigma, and Acacia were all confirmed to have been a part of what was an alleged hazing ritual.

The interfraternity council released a statement on October 10th over Instagram to apologize, reporting “This act was not at all a fraternity sponsored event and has nothing to do with the education of our new members or our initiation rituals.”

On Saturday, October 15th, Jakai Martin, a junior at Illinois State University, was assaulted on campus. Martin recounted being verbally and physically harassed by another male student.

ISU administration broke their silence on Monday, October 17th, when a mass email was sent out to students. The email, titled “A message from President Kinzy” included a 1:53 video of ISU President Terri Goss Kinzy.

In her message, President Kinzy encouraged students to recommit to the university’s core values, touched on concerns regarding the homophobic events, and advised seeking counseling through the university for those who were impacted.

“Every member of Illinois State University carries the responsibility of fostering an environment of respect and care that is integral to learning and growing,” said President Kinzy.

Despite this, many students felt that President Kinzy’s response was apathetic towards the subject matter. Martin argued that her response seemed vague, only mentioning the LGBTQIA+ once within the video. Others commented that no firm stance was established on the issue.

“That’s scary to me. It’s not a matter of political ideology. It’s a very clear line between human rights and morality, or homophobia. So with her trying to perform some sort of balancing act, and hoping not to dip into one or the other, that scares me,” said Martin.

In light of these events, Martin joined a panel discussion hosted by the ISU Student Government Association on October 19th to voice his concerns. After addressing the recent events that had transpired, he relayed various issues with ISU’s current Student Counseling Services, saying there aren’t enough counselors to meet the demand of students. The backlog stretched out for months in Martin’s case.

Martin has called upon the university for more Counselors at student Counseling Services asking for a designated LGBTQIA+ safe space on campus, and a public apology from President Kinzy for “failing to demonstrate a clear stance on what core values were neglected as well as her lack of support for queer students at Illinois State University.”

Many Redbirds have been showing their support for LGBTQIA+ students since Martin’s story made headlines. On October 21st, students took to the quad for a “Queer Rights” march led by Martin. On October 25th, the F.L.A.M.E. and SERC organizations at ISU organized a “Take Back the Night” march. Both of these events aimed at raising awareness towards LGBTQIA+ rights, protesting targeted violence, and demanding a safer campus for all students.

“I’m not advocating for any sort of special treatment. I just want to be treated like every other student here,” said Martin.

Jakai Martin is not the only story here on campus. Since Martin publicly came out with his story, he has relayed that multiple other students have come forward to him. With this in mind, Martin started a petition on Change.org in hopes that the university grants his requests and creates a safer campus for all Redbird students. The petition currently has 2,879 signatures.

Many have sided with LGBTQIA+ students through Martin’s efforts, most specifically the Student Government Association. Patrick Walsh, Student Body President, shared his disapproval of these actions, saying “My initial reaction was absolute disappointment and anger. Hate has no place on this campus. As Student Body President, one of my main responsibilities is ensuring campus safety for all students.”

Walsh believes that every student should receive equal treatment here at ISU and expressed the importance of representing LGBTQIA+ students in university issues.

“One of the most important things for every student from every community [is] to have a physical voice with a vote. One of the things that can always be worked towards is always increasing communication from student government to students on the issues that are inherently present within the student body. By knowing those we can highlight any potential issues, any potential points where students need to feel more safe and work towards remedying those immediately.”

Awareness is continuing to spread at ISU and students continue to stand with LGBTQIA+. Jakai Martin, speaking most recently at the Academic Senate on October 26th, relayed feeling that his requests were met with “indirect responses” by administration. Still, he presses on in his campaign, saying “Now that you know my intentions, you can love me, hate me, hug me, or punch me, but you will not silence me.” 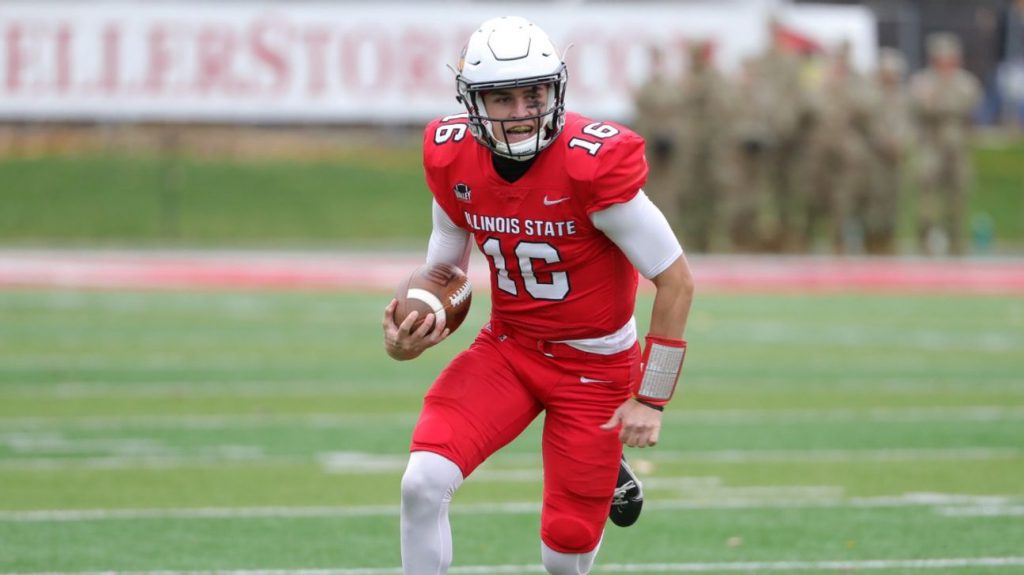 Where To Find Your Place To Vote In BloNo