Weezer, the classic alternative pop rock band, has released a new album. This is not to be confused with their Teal Album released earlier this year which consisted of covers such as “Africa”, “Take On Me”, and other notable favorites. Black Album follows suit with their previous Green, Red, and White albums and is full of more fun and interesting songs by the experimental band.

I couldn’t tell you the last time I sat down and listened to Weezer, but I’d be lying if I said I didn’t enjoy the whole experience. The album has many different layers and transverses across a collection of different vibes. I didn’t have the most enthusiastic mindset going into the LP, but my mind was quickly changed before reaching its end. It seemed that the 25 year old band had become almost entirely commercial, which gave me the expectations of not hearing anything innovative, but the first song, “Can’t Knock The Hustle”, kicks the album off with a Spanish-esque guitar and beat that works out quite well. Some tracks still have the same heaviness that “Beverly Hills” had, but there’s more play with odd melodies and short harmonies. Some of the tracks have some pretty abstract lyrics, and I’ve still yet to find out the meaning or theme to the album as a whole. Knowing the band, it’s hard to tell whether they’re goofing around or the words being sang have a deeper meaning. Who says it can’t be both?

The song that stands out the most on the album has to be “Byzantine”, which I can only assume is based off of the Byzantine Empire. It talks about putting on a red beret and wearing track suits, but like I stated before, it’s difficult to pinpoint. It’s not the lyrics, but the sound that makes it stick out. I’m not sure how to describe it other than a softer, more sentimental sound compared to the rest of the album. It’s not completely out of place, but it has some sounds that would be more suitable for the Red Album.

“Piece of Cake” on the other hand, I’ve listened to dozens of times. It’s a melancholic song that starts with a classic piano chord progression accompanied with a sweet guitar riff that makes you feel some type of way. Although it does have a slight commercial vibe and isn’t necessarily a complicated song, I was quite surprised to hear it coming from Weezer. The motive behind this song isn’t as foggy as the other ones and has a clear message behind it. The chorus, “she cut me like a piece of cake… she ate me” is clearly about being hurt by a special someone. It could be this shift away from abstract lyrics that made me enjoy it so much. As much as I’m into creating your own meaning to songs, I also enjoy a clear cut story without open ends or cliff hangers.

Whenever I mention this album to anyone, they’re shocked at the fact that Weezer is still cranking out quality music. Although they aren’t nearly as mainstream as they used to be, the project doesn’t sound outdated at all because it brings a collection of new and older sounds to the table. Regardless of how old the group is, if they can produce new music without milking recycled sounds, then I’m all ears. I’ll admit when I’m wrong, and I was wrong about Weezer. They’ve continued to encompass their quirkiness while still being passionate about the music they make. The Black Album has a solid ten tracks and after listening to it, I feel motivated to go back and listen to their older albums. 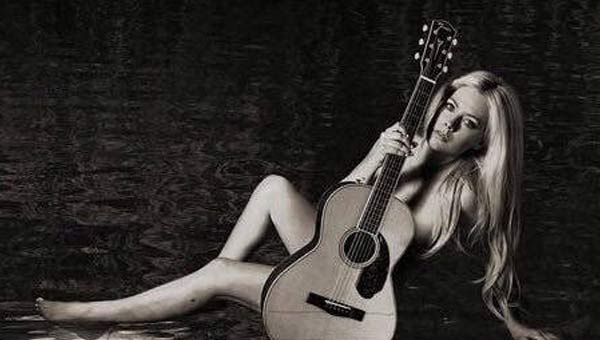