NORMAL, Ill- The search for Illinois State University’s next Vice President of Academic Affairs and provost is underway.

A search committee made up various faculty, staff and students was set up in the fall after current provost Jan Murphy announced her retirement at the end of this academic school year.

After a vigorous application and interview process, the committee was able to narrow down the candidates to four finalists.\

The finalists were invited to Illinois State’s campus to participate in an open forum.

Candidate David Perlmutter of Texas Tech was set to speak first on Monday, Feb. 10, but withdrew his name from running before the session.

Instead, Anthony Vizzini of Wichita State University was added to the race.

Vizzini focused on diversifying Illinois State’s idea of a student in all aspects.

“As you extend what you mean by access, you will get to other students, such as adult learners, such as underserved populations. Even more, such as students outside of the state,” Vizzini said.

“Be something that draws in. Your value is great, you’ve got a great program here. Work toward that.”

On Tuesday, Feb. 11, the second finalist DeBrenna LaFa Agbényiga talked about the importance of building relationships and investing in ourselves.

“We can constantly talk about how we want to do things, but if we are not going to invest in ourselves it’s very difficult for us to be success as well,” Agbényiga said.

“When I talk about the investment, I’m talking about an integrative approach to building out Illinois State’s distinctions while allowing opportunities for us to excel,” Agbényiga said.

“It isn’t great for an institution to be a hidden gem…everyone needs to know who you are and what you are doing,”Agbényiga said.

Once the forums conclude, the search committee will come up with a recommendation.

This position is essentially the right hand person to the President of the University. 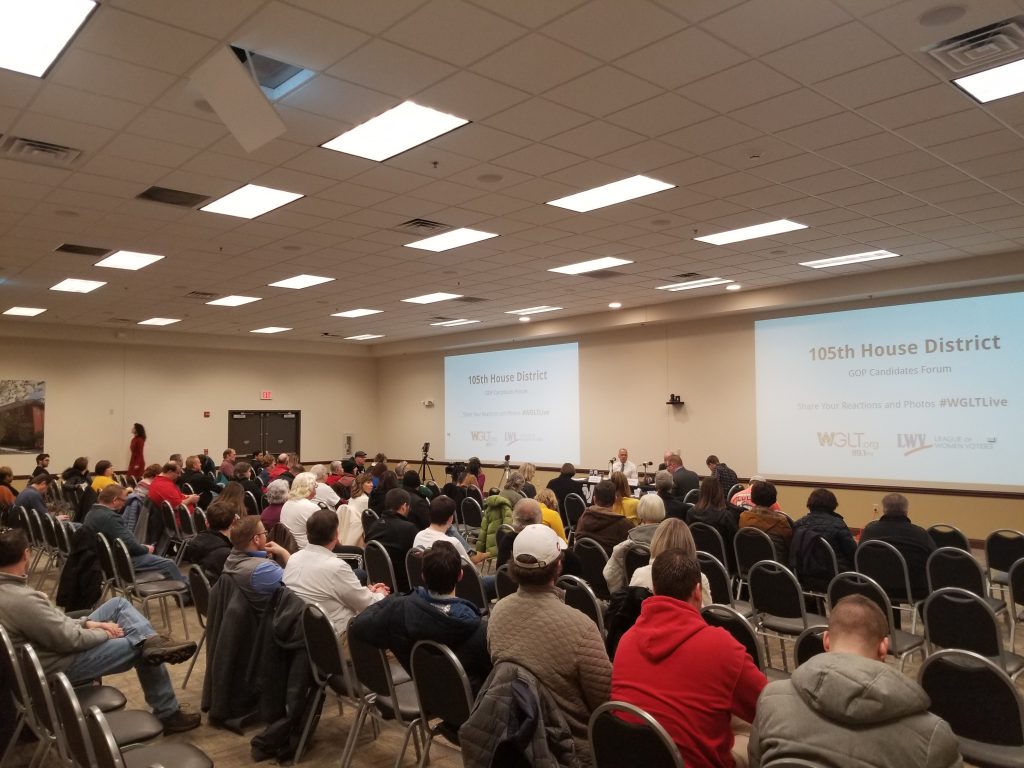