NORMAL, Ill.- The Illinois State Softball team hosted their I-74 rivals, the Bradley Braves in a double-header.

After a tough 3-2 loss to Southern Illinois on Sunday, the Redbirds bounced back on Thursday afternoon, beating the braves not once, but twice in a double-header sweep. The Redbirds shut out the braves in both games, winning game one 8-0 in six innings, and game two 7-0 in a full seven innings.

In game one, the Redbirds road their stars Mack Leonard and Morgan Day to a smooth victory. Mack Leonard was crushing the ball in game one, launching a three-run homer in her first at bat of the game, and then later hit a two-run bomb to give her five RBI’s on the afternoon. Two more home runs would be hit in the first game giving them a 7-0 advantage. In the sixth inning, the Redbirds would get the mercy rule as they scored their eighth run of the game off of a fielding error.

Morgan Day was off to a rocky start, walking two of the first three batters faced but would settle in and allow only one hit with ten strikeouts in a complete game shut out.

Mack Leonard got the start in game two, where she found herself in some trouble early, loading the bases twice in the first three innings but was able to escape both jams with excellent defense from the Redbirds.

Dayna Kennedy got things started with a home run, the Redbirds fifth of the day. This gave the Redbirds an early 2-0 advantage. Everything would fall apart for the Braves throughout the rest of this game, walking eight Redbird batters and having two fielding errors. The Braves would allow five more runs to come around and score before the end of the game. Leonard completely shutout the Braves for the rest of the game, not allowing a hit after the fifth inning.

The Redbirds were dominant in all aspects in both games and found themselves taking the first two games of the I-74 rivalry without allowing a single run to cross the plate. The two teams will meet again next week in a double-header at Bradley on April 27. 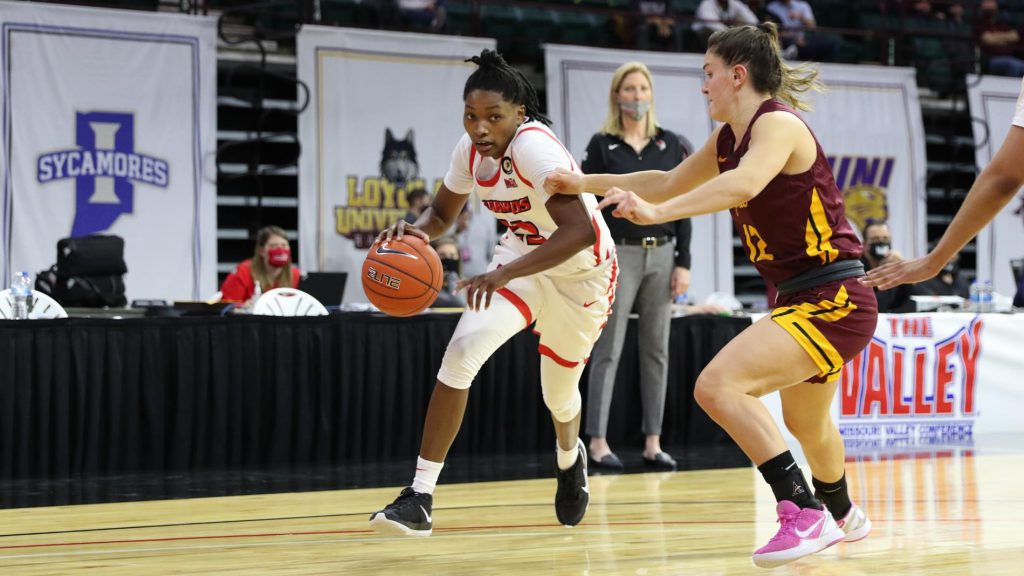