NORMAL, Ill. – The Illinois State Redbirds fell to the Indiana State Sycamores 3-2 tonight at Redbird Arena. This marked the end of the Redbirds 8 game winning streak, putting them at 11-4 in conference and tied for second with Bradley in the Missouri Valley Conference.

The game started out relatively equal, ending 25-21 Indiana State. The next set, however, the Redbirds came out firing on all cylinders. They severely outhit the Sycamores, going on a 9-0 run at one point and hitting .455% to Indiana’s -0.074% in the second. Illinois State dominated the set 25-14 to even the game 1-1.

In the third set, however, the Birds began having trouble with errors and recorded 11 for the set alone. This opened the door for Indiana State who also outhit Illinois State by a small margin. That, paired with the defensive edge that Indiana State libero Melina Tedrow provided, helped the Sycamores secure the set 25-21.

In the fourth set the Birds turned things around once more and defeated Indiana State 25-15. Sophomore Tamara Otene led the charge with 8 kills in the set and helped spark the rest of the offense as well. The Redbirds dominated the set, hitting .375% and tying the game up 2-2.

The fifth and final set was a close back and forth fight between the two teams. Both teams came out swinging, but the Sycamores were more able to capitalize on attacking errors and get the edge of Illinois State, coming out on top 15-12.

“I thought we stayed pretty mentally engaged and we worked hard, I thought Indiana State played really well. They ran the right side better than we’ve seen most teams all year, their slide was effective, their middles were effective and I think that was the difference in the match” said head coach Leah Johnson on the loss.

Four Redbirds recorded double digits in kills on the night, most specifically Tamara Otene who broke her record for most kills in a 5-set game with 25 kills. Others included sophomore Kaitlyn Prondzinski with 11, freshman Aliyah Moore with 10, and junior Sarah Kushner with 12. Kushner also added another double-double to her record making it her 17th of the season.

“I think those numbers are deceiving in our sport… you can have one good set and still not play well and so it can be deceiving. And I think that shows up in our matches, like we were getting kills when we’re one big runs but in the tight sets those same people maybe didn’t get the kill” said Johnson on the team’s stats and how they reflect their performance.

Aside from offense, the Redbirds played effective defense as well. Junior libero Katie Weimerskirch had 29 digs to contribute. Both setters, sophomore Nora Janka and freshman Katelyn Lefler, also provided double-doubles to the effort with 11+ digs each.

Despite an impressive two-way effort by the Redbirds, they were still unable to get the best of Indiana State and snapped their 8 game winning streak, as well as 17 set winning streak.

“I think we’re all obviously really disappointed because we had been on such a hot streak, but in a way looking at the positive side of a loss you have the advantage because you know what to work on next week in practice,” said Kushner.

The Birds are back in action next week on the road, where they will head to Indiana to match up against the Valparaiso Beacons on Friday at a time to be determined. 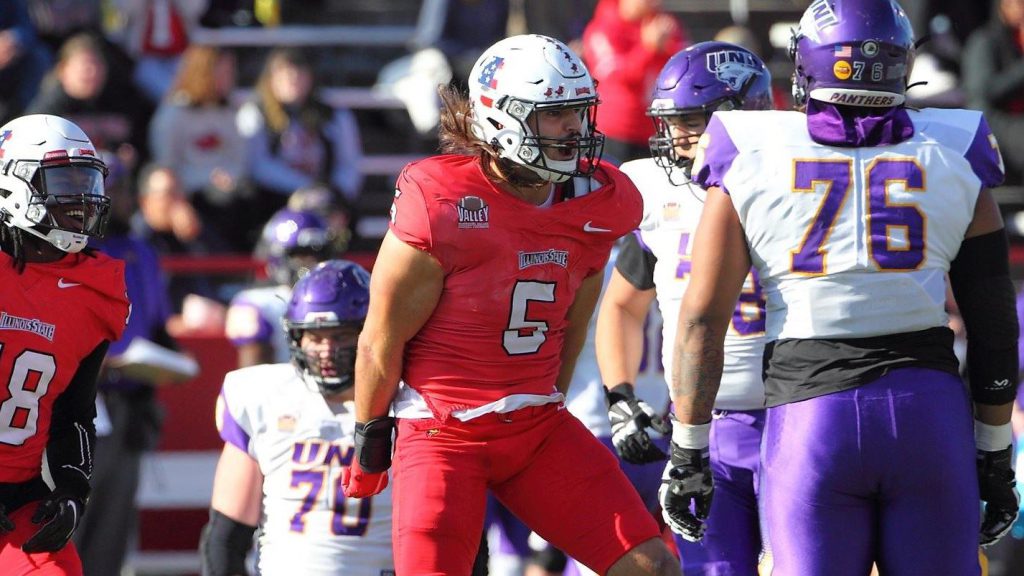 Redbirds Take Down the Evansville Aces in Three Sets