The last time out for the Ramblers they battled into a double-overtime tie on Saturday, October 9 against Missouri State 0 to 0. Loyola outshot the Bears 37 to 2 overall and 12 to 0 shots on goal as Missouri State recorded 12 saves. With this tie, their record now stands at 8-2-2 overall and 4-0-1 in MVC play.

On the other side of the ball, the Redbirds also battled to a double-overtime tie on Saturday, October 9 against the Evansville Purple Aces 0 to 0. In last Saturday’s matchup, the Redbirds were aggressive on the offensive end as they pressured Evansville throughout the whole match leading in shots 32 to 12. This match was Illinois State’s first double overtime of the season.

The Redbirds are now at a crucial point in their season as they are currently fourth in Missouri Valley Conference standings with only two games left against Drake and Indiana State. These last three games for Illinois State can shape up conference standings for the MVC Tournament.

“We need to be finishing our chances coming off of just scoring one goal against Evansville,” said Lafayette. “We’ve been working on some finishing but also it’s just the mentality to wanna fight and just knowing they’re gonna be a hard team and we need to stay mentally locked in for the whole 90 minutes.”

Here are some major storylines you know need to know before Wednesday nights game:

With last Saturday’s double overtime match ending in a tie, the Redbirds are now 1-4-1 in games that head to overtime. Their only win in OT came on Wednesday, September 29 against Missouri State.

The Redbirds lead the all-time series 14 to 9 but have lost five straight matches against the Ramblers. Last time these two teams met was on April 14 of the 2021 Spring season in the second round of the Missouri Valley Conference Tournament. The Ramblers were able to sneak by the Redbirds in a double overtime win 2 to 1.

The Redbirds have struggled at Adelaide Street Field losing five out of their seven home games this season to have a 1-5-1 record . Their lone win at home came against Southern Illinois on Saturday, September 25 where they outshot the Salukis 24 to 13 with the final score ending 2 to 1.

Illinois State joins Valparaiso as the only teams in the MVC with six players with two-plus goals as fifth-year senior Natalie Vaughn-Low has five goals, senior Riley O’Brien has three goals, and fifth-year senior Sarah LaFayette has two goals. In addition to the seniors, redshirt junior Indianna Asimus, junior Allison Baker and junior Katherine Felton each have two goals.

Kickoff between the Redbirds and the Ramblers is set for 6pm at Adelaide Street Field with live game updates being provided by the WZND sports twitter account @WZNDsports and the official Redbird soccer Twitter account @RedbirdSoccer. 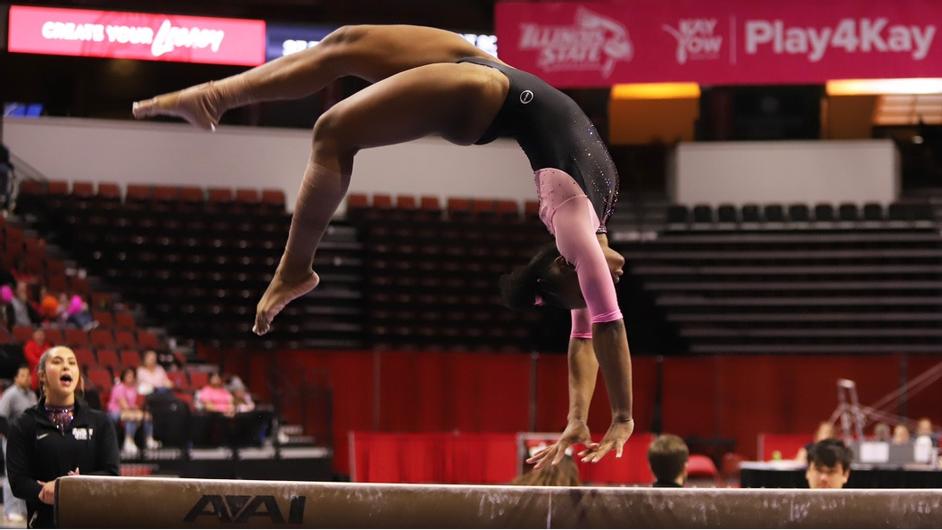