NORMAL, Ill.- The Redbirds took to the court tonight to face the Evansville Purple Aces in hopes to keep their four year winning streak against them going.

The Purple Aces entered the court with no wins thus far in the Missouri Valley Conference.

Leading the Redbirds tonight was Mary Crompton with 14 points and 5 rebounds, followed by Deanna Wilson with 12 points and a stunning 12 rebounds beating her own personal best.

There was not much telling of how the game was going to go as the first quarter was neck and neck for a while, and tied at multiple instances. However, the Redbirds stepped up and at halftime the game was close ending 36-27 in favor of the Redbirds.

In the second half, the Redbirds’ defense stepped up, and JuJu Redmond had a solid 6 points in just the 3rd quarter. The Purple Ace’s star player Abby Feit answered with 7 points, but that was not enough to get them ahead of the Redbirds.

In the fourth quarter it was obvious the Aces were trying their best to make it to the basket. Unfortunately, frequency did not mean accuracy for the Purple Aces. They trailed behind the birds for nearly 35 minutes of the game.

The Redbirds beat the Purple Aces 73-48. Luckily for the Purple Aces, they have the chance to redeem themselves at their game tomorrow in Redbird Arena at 4 p.m. 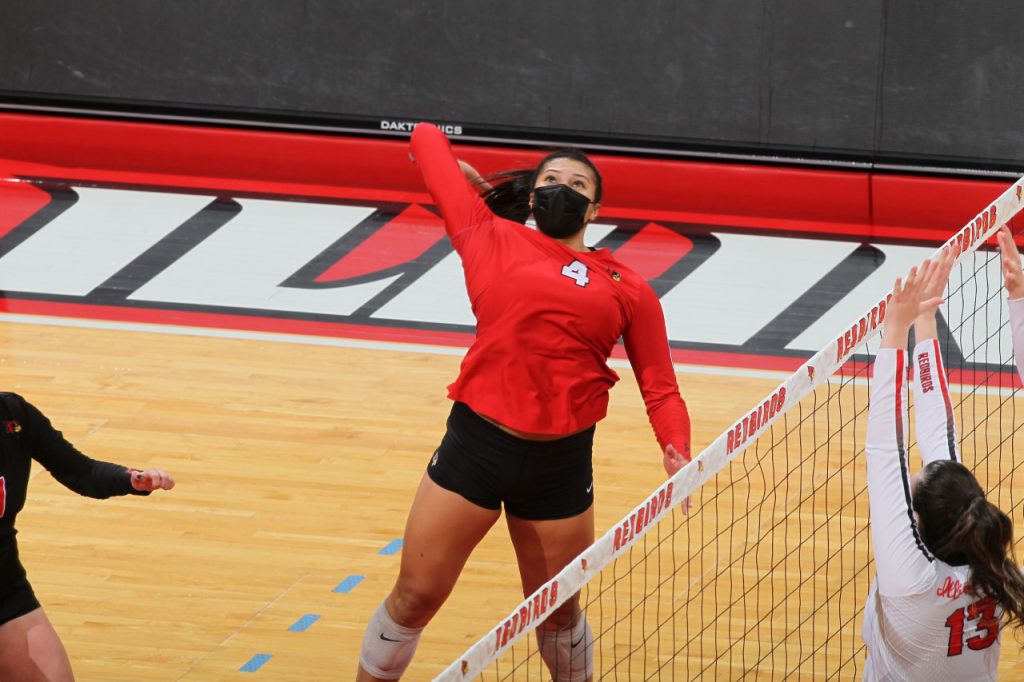