Written by WZND Newsroom on September 4, 2019

DEKALB – Redbird Football’s two game win streak against FBS teams came to an end Saturday night with a 24-10 loss against the NIU Huskies.

The reigning MAC Champions proved to be another difficult test for the Redbirds. However, the offense struggled to find a way to pressure the Huskies defensive game plan.

“We knew it was going to be tough playing against their defense,” said Head Coach Brock Spack. “It’s a team game and some nights it’s not your night.”

It wasn’t James Robinson’s night as the Huskies continued to stop Walter Payton Award Finalist. The Senior rushed for 16 yards on 13 attempts.

The Redbirds got the ball to begin the game, but struggled to move the ball. A careless penalty by the Huskies Special Teams unit gave ISU another chance, but couldn’t do anything with it.

ISU’s defense came out big on their first play when Tuvone Clark sacked the quarterback for a loss of 8 yards. The Redbirds stood strong and forced the Huskies to a 3 and out.

A strong defensive battle on both sides of the football kept the offenses off the scoreboard. With just over 4 minutes left in the first quarter, Luther Kirk broke up a pass in the redzone, forcing NIU to kick a field goal. Huskies were up 3-0 after 1.

The solid defense continued to be the story in the 2nd quarter as both teams exchanged possessions. The Redbird defense came up big, late in the half in Huskie territory.

Steven Podkulski deflected a pass that was intercepted by Dylan Draka. ISU advanced the football, allowing Sam Fenlason to tie the game with a 32-yard field goal.

With 2 seconds left in the half, NIU set up to kick a field goal and head into the half up by three, but the Birds had other plans. Coach Spack used all of his timeouts to ice the kicker, sending ISU into the half 3-3. ISU gave up another touchdown in the 3rd quarter, increasing their deficit to 10-3.

The Redbirds finally found a spark on offense on their first drive of the final quarter. Brady Davis connected with Taylor Grimes for a 42-yard touchdown pass, tying the game 10-10. ISU couldn’t convert on the ensuing possession as the Huskies rushed 68 yards into the endzone.

With just over two minutes left, ISU’s attempt to send the game into overtime came up short.

Davis got picked off in Redbird territory that eventually was returned for a Pick-6. Even though he didn’t have an ideal performance, the Quarterback is optimistic for the future.

“It’s frustrating. I’m not playing to my standard and myself and as an offense,” said Davis. “We can go to work tomorrow and get it fixed and I have no doubt that this can be one of the best offenses in FCS football.”

Taylor Grimes led the Redbirds in receiving with 6 receptions for 109 yards and a touchdown.

The Redbirds return to Hancock Stadium for their home opener next Saturday at 6:30 p.m. against Morehead State. 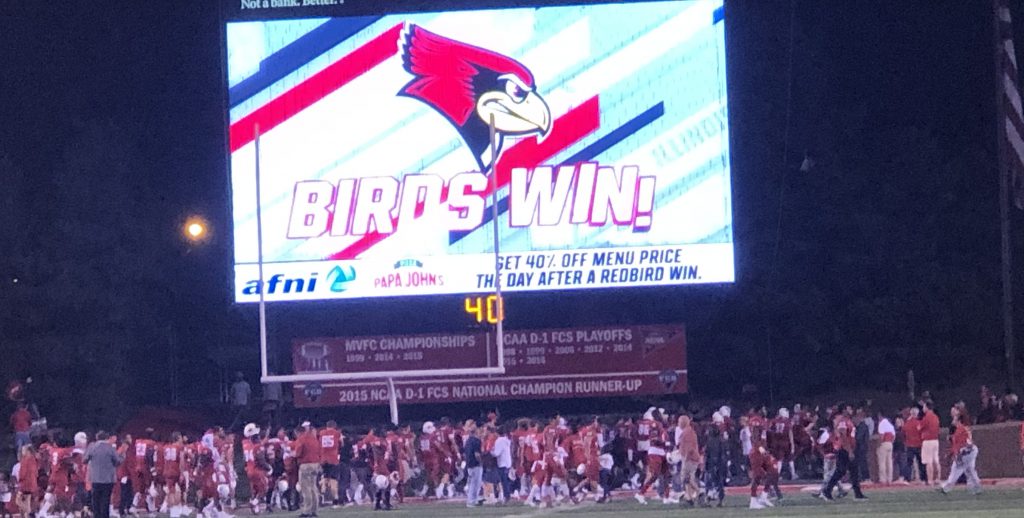 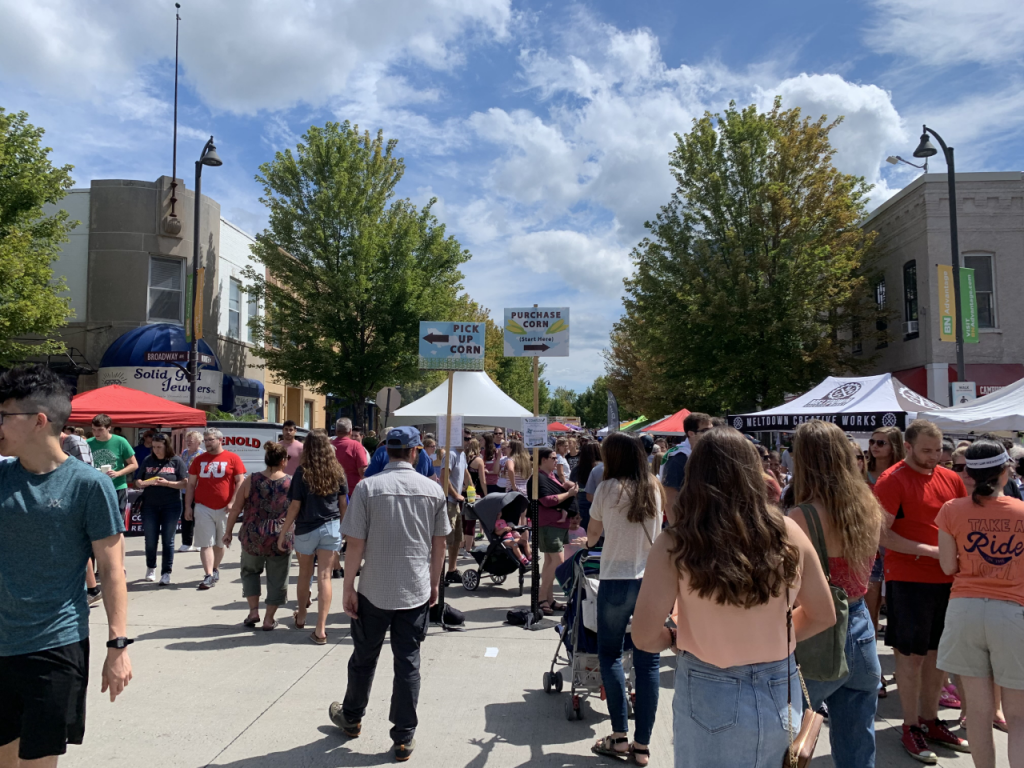