NORMAL- This will be one Family Day to forget for the Redbirds.

The Illinois State Redbirds were defeated on Saturday afternoon by the FCS and MVC leading North Dakota State Bison leaving the Birds with a 3-2 record. The Bison defense thwarted the Redbird offense, allowing only a field goal to the Birds.

Coming into the game, North Dakota led the FCS in fewest touchdowns allowed with only 5.

The Redbirds offense was held to only 200 total yards on the day. Running back James Robinson rushed under 100 yards, an unusual outing for the senior.

NDSU head coach Matt Entz had high praise for Robinson saying “We knew the quality of running back [ISU] had. James is an outstanding football player… and I will still say he might be of the best RB’s in FCS football, and maybe even one of the best running backs in the country.”

Freshman Kacper Rutkiewicz had an outstanding game despite the loss, going for 83 yards, including an incredible 64-yard play that brought the Redbirds to the 1-yard line. Unfortunately, they were unable to convert on the ensuing drive.

The only scoring chance the Birds had was a 25-yard field goal by Sam Fenlason.

Coach Spack said “The margin of error is very slim. They turn mistakes into touchdowns… I preach that to my team all the time.” He continued by saying, “We cannot make mistakes, and we made a lot in the first half, and then they separated themselves. And once they separate it’s really hard to get them back.”

The Redbirds will be on the road next weekend, as they travel to Carbondale to take on the Southern Illinois Salukis. The next home game for the Birds will be on October 26th as they take on Indiana State during Homecoming Weekend. 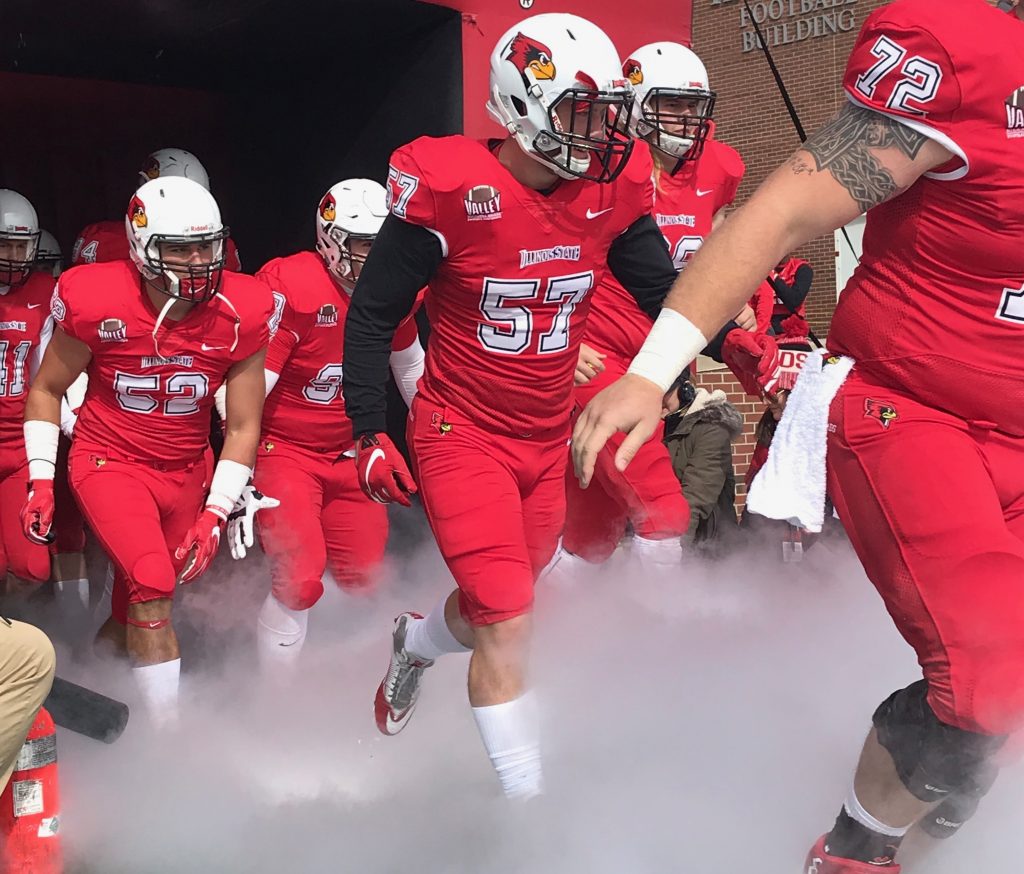