NORMAL, Ill.- The Illinois State soccer team were able to secure their first win of Missouri Valley Conference play as they defeated the Southern Illinois Salukis by a final score of 2 to 1.

Saturday’s matchup was a historic one for the Redbird soccer program and especially for senior midfielder Ashley Santos as she set the record for matches started with her 83rd start and also tied the record for matches played with 84. Redbirds Head Coach Brad Silvey expanded on Santos’ impact on and off the field.

“She is quite amazing,” said Silvey. “To have her around as long as we have, she has definitely left a mark that would be challenging for anybody to meet. Not just the number of starts but what she has done for our program as a leader within our leadership group, the positive influence she has had as a model student-athlete, she’s just tremendous. The schedule that she is managing right now and still prioritizing a sport that she loves and a team she’s extremely committed to, we’re pretty blessed to be honest to have her around. We’re gonna continue to soak in every minute that we get to continue to share with her as well.”

With this win, the Redbirds snap their five game losing streak at Adelaide Street Field and improve their record to 3-8 overall and 1-1 in MVC play. Redbird junior midfielder Katherine Felton, who scored the second goal of the game in the 71st-minute of play, expanded on her team’s performance.

“I feel pretty good,” said Felton. “I’m just glad that our teammates were working all together this whole game. We put up twenty shots so I’m just glad we put two of them in to make sure we won this game.”

The Redbirds came out hot in the first half as they were able to control possession in the front line to outshoot the Salukis 9-5 but were unable to connect on any of them as the first half ended in a score of 0-0.

Coming out the gates in the second half, the Redbirds continued their offensive attack as redshirt junior midfielder Indianna Asimus scored the first goal of the game in the 47th-minute of play followed by Felton who then scored in the 71st-minute of the game. The Salukis gave it one last push as Quinn Parks scored their only goal in the 79th-minute of play but the Redbirds were able to hold them off to seal the victory. Illinois State outshot Southern Illinois 24-13 overall and 9-2 on corner kicks.

Silvey expanded on his team’s performance as they eye more conference play.

“Great to get the first valley win, great to get the first win on Adelaide, just great to win in general,” said Silvey. “We’re gonna enjoy this for a little bit of time and then all of our focus shifts toward Missouri State. We got a road contest down at their place and they’re in a pretty good place right now so we gotta recover, we gotta shift gears and prepare for a different type of team again on the road. This is a group where we saw some really positive pictures today based on how we were training and what we wanted to do from an execution standpoint. We created some really positive pictures and were hoping that it carries over into our next conference contest.”

The Redbirds hope to improve on this performance as they take on Missouri State on Wednesday, September 29 with kickoff starting at 1pm. 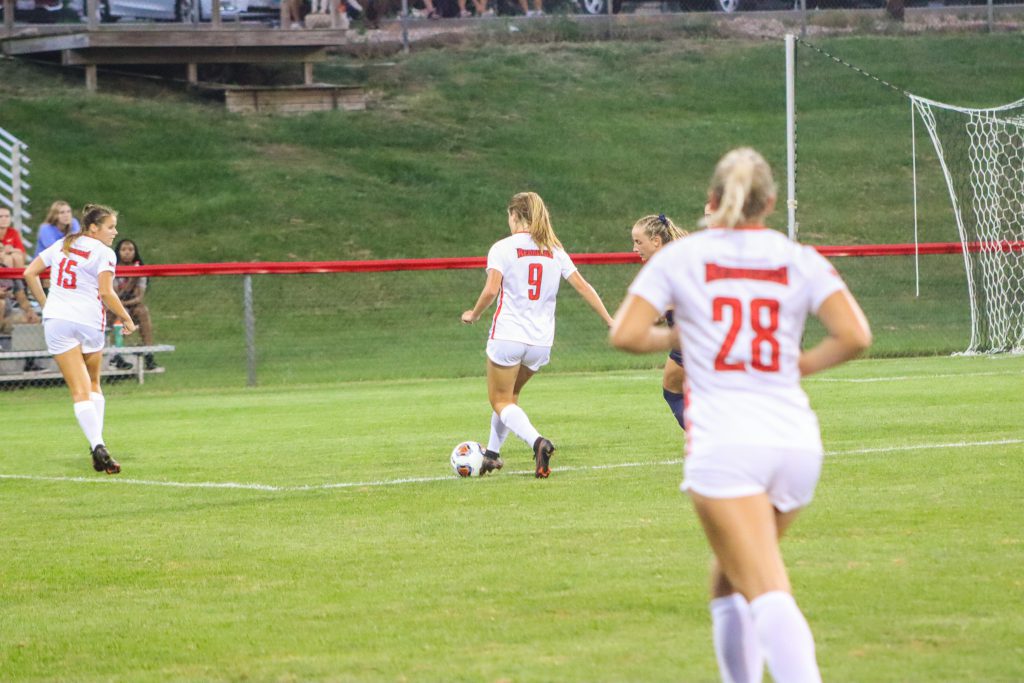