Mitchell expanded on how proud she is of the Redbirds fourth-place team finish.

“I think the team ran really well,” said Mitchell. “It was really hot out here. Most of us haven’t really ran a 6K before. They went out there and competed and I know some people aren’t happy but I think we did really well. Next time we’re gonna build off of this and we’re gonna do even better.”

The men’s 8K then started shortly after the women’s 6K race was finished. Wetzel led the Redbirds by placing 11th overall with a personal best time of 24:48.40, a full 16 seconds better than his previous best at ISU. A pair of traditional mid-distance runners were close behind as Joseph Morrison and Riley Wells finished 23rd and 28th respectively.

“We’re missing two of our top guys that ran at our conference meet last year,” said Wetzel. “A couple other guys started off well and just had a tough day and the heat got to them and that happens. Well bounce back by the time conference rolls around and we’ll be ready to go but it’s stuff to build on. We still had some good performances like Riley, Joe, Polak, all ran really well so it was good to see.”

The Redbirds are back in action on Friday, October 1 as they travel to South Bend Indiana to compete in the Joe Piane Notre Dame Invitational. 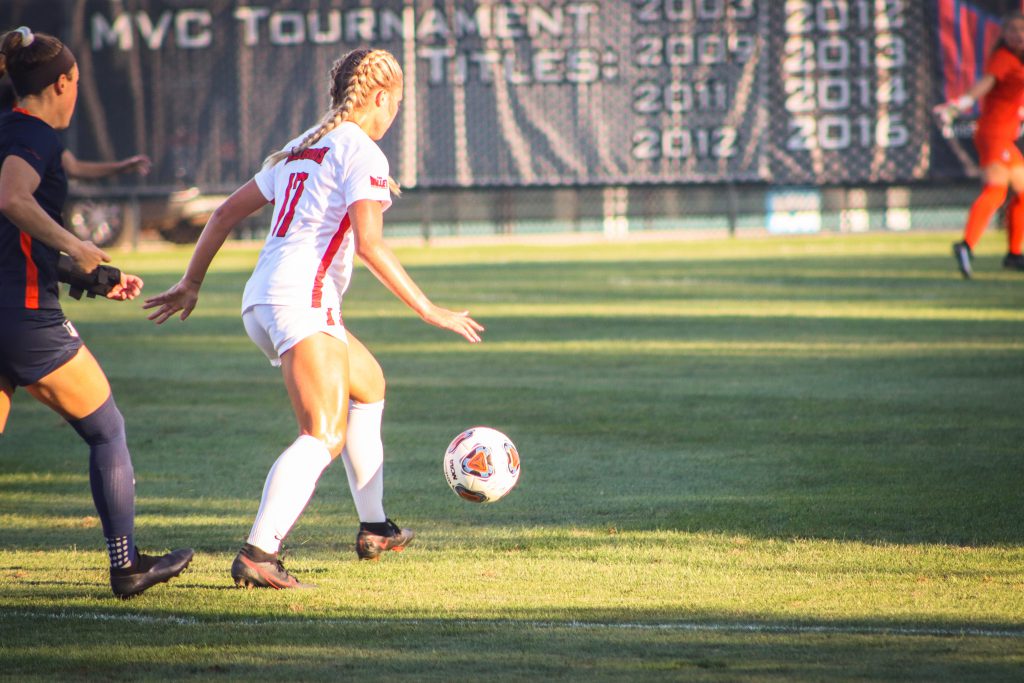