NORMAL, Ill. – A three-alarm fire at Sugar Creek Apartments destroyed and damaged 12 units last Saturday, leaving many tenants displaced and with many of their belongings lost. What wasn’t lost in the blaze, however, is charity.

ISU student and captain of the Redbird Esports “Tom Clancy’s Rainbow Six Siege” team, Max Martin has helped raise money for his fellow teammates who lost their equipment in the fire.

Martin was practicing for his team when he received a call from his teammate, Devlan, around 1 p.m. Saturday, Feb. 13. He missed the call, but texted his teammate asking if everything was okay. Devlan said his apartment was on fire. He grabbed his phone, wallet, and keys, and headed over to Martin’s apartment at Vernon Stables, just two buildings down from where the fire was burning. Devlan’s roommate, Gavin, was at work when the fire started.

Initially, they didn’t think the fire was too bad. Devlan had woken up to smoke in his bedroom, but no alarms going off. Once at Martin’s apartment, they realized the situation was worse than expected. Able to see the fire from Martin’s apartment and through images of it on Facebook, they knew their possessions were gone.

As a fellow teammate to Devlan and Gavin, Martin knew they just lost thousands of dollars worth of laptops, PCs, and other gaming equipment. Wanting to help his friends he talked to his sister Molly, and she created a Facebook post to raise both awareness and any money people would be willing to donate.

“I love these kids too much to see them lose everything like that,” said Martin. “With the power of social media, there’s so much more we can do.”

Hey everybody, social guy here. Two of our JV players lost all of their possessions today including their PCs in a fire. We started a fundraiser to get the boys back on their feet, and would love any donations you can give to help them out. Any little amount helps ❤️ Venmo below pic.twitter.com/ygqh1nsJUY

“All of these Venmos from our family and friends on Facebook started to come in,” said Martin.

Not only did he receive donations from friends and family, but from other Esports teams across the country as well.

“It was really cool to see Venmos from alumni, Rutgers, and Alabama Esports,” said Martin.

Martin has raised nearly $2,000 for Devlan and Gavin through Venmo donations.

“The boys are so appreciative of it, because it looks like they’ll be able to get away with $1,000 each for the essentials,” said Martin.

Seeing how much support they received online, the three teammates are looking to raise even more money for others who lost their belongings in Saturday’s fire.

“I talked with both of them, and they’re obviously blown away by how much we’ve raised, but we do want to do more. I’m thinking ‘why not go bigger’ if we can get more funds raised, not only for them but the other people too,” said Martin. “I think we’re gonna look into starting something bigger, like a GoFundMe to cover more people.” 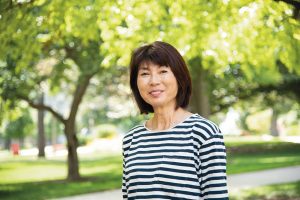 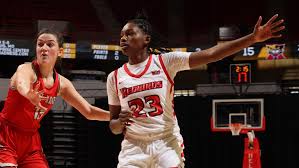