Rap Or Go To The League-2 Chainz

A title describing what seem to be the only two options for young men to escape poverty and help their families and friends achieve their dreams. 2 Chainz, born Tauheed Epps, recently released Rap Or Go To The League, his first project since his 2018 EP The Play Don’t Care Who Makes It and his first full length release since 2017’s Pretty Girls Like Trap Music. As you may remember, 2 Chainz promoted the latter’s release by painting an Atlanta house bright pink and hosting a music video shoot, art parties, and HIV testing. In preparation for Rap Or Go To The League, Chainz rented a blimp during NBA’s All Star Weekend and displayed the album’s title. The unconventional promotional methods worked very well for Pretty Girls Like Trap Music, and they appear to be doing the same this time around. Sonically, the fifth studio album for 2 Chainz is just as strong as any.

If this album is 2 Chainz attempting to show the youth that there are other paths in life than just rapping or going pro, then I believe he failed miserably. He does get off to a great start with “Forgiven”, a beautiful track where he gives his listeners a heartfelt word of advice: “if you’re doing something to make your parents have to bury you, you may want to slow down.” However, the rest of the discography does not continue to echo the same message. That’s not to say that I did not enjoy the album.

If Rap Or Go To The League is meant to be a canvas that allows 2 Chainz to share his rags to riches story, he has knocked this album out of the park. While there are certainly staple 2 Chainz tracks focused on his lavish lifestyle and how great it is to be rich, with braggadocius lyrics such as “name another fella got Versace deal that’s from the ghetto” on “High Top”, his storytelling tracks are the most enjoyable. I found myself wishing that I was living the same life and hanging out in the studio with Lebron James, who is credited as the executive producer for this album.

“Threat 2 Society” is a soulful track produced by 9th Wonder. In short, 2 Chainz walks us through his journey and picking up life lessons from his basketball coaches. He thanks them for their help and for having as much effect on his life as any of his family members. “NCAA”, the track most fitting for the album title, is 2 Chainz’s statement that he believes student athletes should be paid for their work. 2 Chainz doesn’t hold back on the chorus, saying, “NCAA, we the young and dangerous; We be ballin’ hard, I just want some paper.”

I will say that I genuinely enjoyed this project. I have always been able to enjoy a good verse or two from 2 Chainz, but this project was put together very well with only a couple misses. I can’t say that I loved “Girl’s Best Friend” or “I’m Not Crazy, Life Is”, but the rest of the tracks more than make up for these slight missteps. This album deserves a playthrough from every listener, and even though I don’t see this topping any year end lists, I’m glad I gave this album a chance. I even enjoyed “Rule the World”, a collaboration with Ariana Grande. 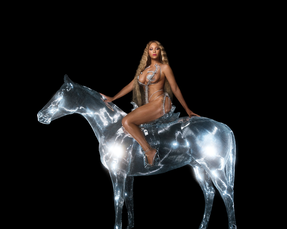