I just recently stumbled upon the dynamic duo of Andy Baxter and Kyle Jahnke from Texas, known as Penny and Sparrow. These two immediately sold me with their catchy brand of indie-folk singer/songwriter tunes, and their latest release, Olly Olly keeps that vibe for the entirety of the record. Andy and Kyle are longtime best friends who started making music together shortly after becoming roommates in college, just over ten years ago now. Olly Olly also reflects how well these two know each other, both as people and musically. To top off how personal and intimate the album is, they even produced the record together as well.

If you are relatively unfamiliar with Penny and Sparrow like I was, they feel like a stripped-down “bedroom indie” version of Hozier, and I mean that in the best way possible. They are the perfect introductory band for anyone who is feeling folky, but not looking for the more twangy traditional styles of folk. Penny and Sparrow feel indie/alternative at their core, while still maintaining the folky guitar, feel, and velvety vocals. Speaking of which, the vocals and harmonies are absolutely immaculate on this record. And with their lyrics that unravel like poems, I know these songs have a boatload of replay ability. The instrumentation on Olly Olly ranges from acoustic guitars and synthesizers to orchestral strings and electronic drums, but it always manages to capture the feeling of a crisp spring morning. After watching a few live performances, I immediately understood how these recordings sounded so effortless and organic. That is because Penny and Sparrow sound exactly like the recorded version of their songs on any given Tuesday, with no effects or backing instruments. Seriously, it is absurd how talented they are.

Now onto the meat and potatoes of my listen. What truly had me thinking about Penny and Sparrow every single day was the song “Alabama Haint”, a song about the ‘ghost’ of a former loved one. The hauntingly beautiful opening guitar riff speaks directly to me in a way that most songs simply could not, I cannot describe how amazing this song is in words. Not to mention, it kicks in at just track two on this full-length album! I feel like “Alabama Haint” is the quintessential song on this record, and the one you should check out if you are on the fence. It features their amazing harmonies, funky acoustic guitar, groovy bass/drum combination, and more emotion than anyone can handle. The listener really gets a sense of their raw, personal emotions through this song, I cannot say enough about it.

All in all, I think Olly Olly is a fantastic album and a great bridge to folk music for indie and singer/songwriter fans. Penny and Sparrow are definitely a duo to keep eyes on for the future because they are going places. I highly recommend giving Olly Olly a whirl if you are interested. 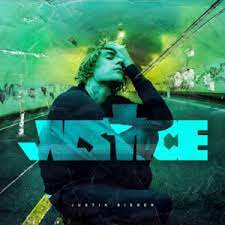