NORMAL Ill.- This Friday the Normal West Wildcats will be home against the Bloomington Purple Raiders in an anticipated in-conference football matchup. Both teams come into the game only losing once and look to extend their records to 3-1.

The Wildcats are coming off an impressive 21-0 win over the Centennial Chargers last Friday night. The Wildcats look to remain focused as a team heading into this highly anticipated matchup.

“Our message to the team is to focus on doing your job. Don’t get caught up in the rivalry and the emotions of the game, but to focus on what you can control, and that is doing your specific job every play,” Normal West Head Coach Nathan Fincham said.

The Purple Raiders came off a 14-0 victory last weekend as well against the Manual Rams. Fincham’s team is working to neutralize Bloomington’s offensive and defensive strengths.

“Bloomington has a strong offensive line, with athletes that can run the ball well. So, we will need to play and tackle as a team. Their defense is solid throughout, and they run very well sideline to sideline,” Fincham said.  “Keys for us are to take care of the football and stay on schedule, and not fall behind the chains, which makes you very predictable as an offense.

With a game this high in magnitude, for both teams the risk versus reward factors are bigger than any other matchup.

“Whenever you play a rival, it is meaningful. So, from that perspective, you always want to play well against an in-town team, but ultimately this game counts just like all the rest of them. So, just like every other game, it is important to win every single one of them.”

The matchup between the Wildcats and the Purple Raiders will take place Friday September 17th at 7pm. 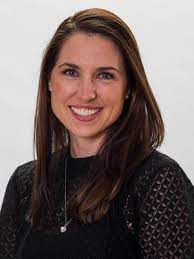