New Purchases and the Fiscal State of Normal

NORMAL, Ill.- The Town of Normal held their first town meeting of the month October 3.

City Manager Pamela Reece responded, stating the expense was for the procurement and installation of equipment for uptown public Wi-Fi which Normal had already paid for. Nord requested that for the future proper policies are followed for transparency.

Stan Nord was concerned about Normal’s use of “Zencity”; a surveying program which monitors local social media, citing how Zencity’s limited reach means that residents who do not use social media will be left out of this data.

Along with programs such as Zencity, Mayor Chris Koos highlighted how Normal utilizes numerous forms and mediums of surveying to reach as many residents.

The Fiscal Year 2021-2022 Financial Trends and Conditions Report was present by Finance Director Andrew Huhn. The report highlighted positive trends such as Normal holding the lowest unemployment rate downstate and a 41 percent gain in the general fund surplus.

The report also indicated some shortcomings of the fiscal year, with Amtrak still suffering from a decline in ridership, and an economic slow down to be expected in the next coming years.

The full report can be found at https://www.normalil.gov/documentcenter/view/20653. 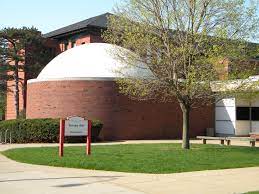