A new head coach, a changing roster, and a clear goal for the season, to be national contenders for the fifth consecutive year. Allie Matters and the Illinois State University volleyball team sit at a winning record of 8-5, despite many obstacles that could stagger other programs.

Personnel change is an aspect of athletics that could draw the attention of the athletes away from their game. As the Redbird Volleyball team began their 2022-23 season, they had a clear vision of where their focus should be. First-year Head Coach Allie Matters explains her thought process going into the weekend.

“This is an environment we are familiar with,” Matters said. “Maybe a couple of first ball jitters, but for the most part they are comfortable.”

As the Redbirds take these changes to the program in stride, the new additions to the team shine bright on the court and on the stat sheet. Emily Weber, the freshman setter, made her first appearance of the season against two strong competitors in Evansville and Indiana State.

Weber helped her team with 21 assists in the three-set win over Indiana State and made her presence known in the close battle with Evansville, contributing 11 digs.

“Each day in the gym we are getting more used to each other and how the coaching staff operates,” Weber said. “The staff and the players have made that environment that makes the transition to college easier.”

The season would not have found the same success if it were not for the senior leaders on the Redbird volleyball team. With a strong incoming freshman class, it takes a mature and experienced group of upperclassmen to foster the Redbird winning culture.

Kaity Weimerskirch, fourth-year senior and starting libero for the Redbirds, is no stranger to the bright lights at Redbird Arena. Winning the 2021 Missouri Valley Conference Libero of the Year has given the newcomers a good role model to look up to.

“I try to show up every day and be the same person that I was the day before.” Weimerskirch said, “they know what to expect of me so I can hold them to the same standard.”

The Redbird volleyball team has the tools to follow in the steps of years past. With many new aspects revolving around the program, the players are focused and confident in their abilities to be national contenders once again.

The Illinois State volleyball team will open their home series at Redbird Arena, Friday, September 30th against Valparaiso. Many are expected to be in attendance as the ‘Birds try and pack Redbird Arena. 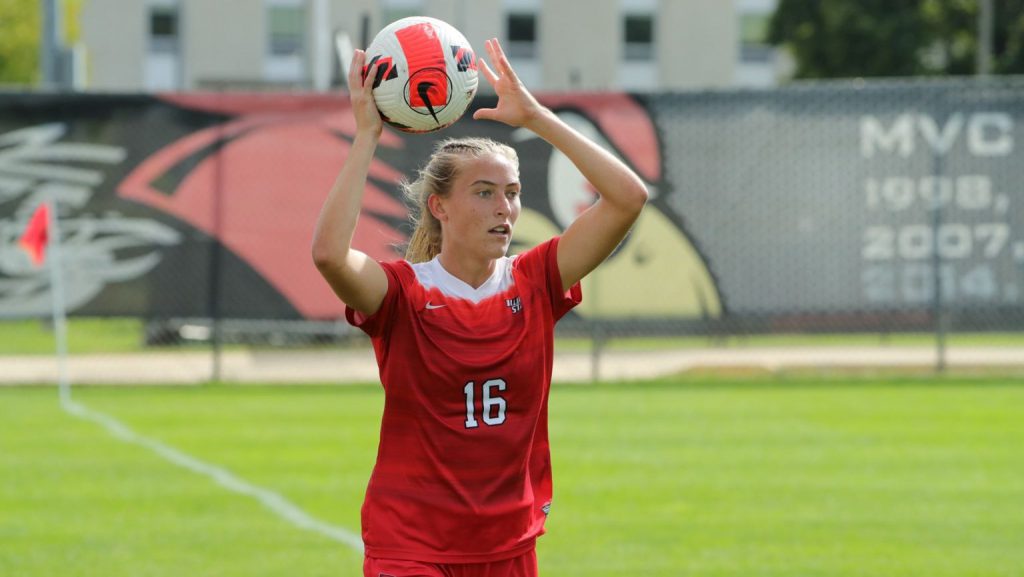