Written by Maritza Navar-Lopez on September 17, 2021

El Grito literally translates to “the scream” in English but holds much significance on Sept 16 for the Mexican community.

In 1810, Father Miguel Hidalgo rang bells and inspired people to rebel against the Spanish monarchy on Sept 16. Today the country continues the tradition with the Mexican president delivering a patriotic speech to commemorate fallen heroes of independence as he rings the bells at the National Palace in Mexico City.

Ximena Sanchez-Ramirez, the current President of ALAS says the idea for El Grito came from one of the Executive Board Members as they recalled their celebrations from back home.

“So, we wanted to give something more similar here, so we’re hoping that this becomes like an annual thing, something that we do more, and we expand a little,” said Sanchez-Ramirez. “Like we want to show that like it, there’s no shame of you being Mexican like come here and feel proud and look at your fellow Mexicans and stand here and be proud.”

Sanchez-Ramirez says she would not have pictured this event in a predominantly white institution however they received support from the University. The event was hosted by the Multicultural Center as they continue to promote diversity and inclusion.

Graduate Assistant at the Multicultural Center and advisor for ALAS, Nishly Lopez says the turnout was encouraging.

“So, I’m super happy with that and now we had quite a bit quite a big crowd so I’m pretty happy. And I’m glad, hopefully, this will inspire more Latinos to embrace their identities and kind of, you know, not be afraid to show it,” said Lopez. 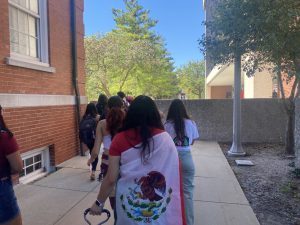 A student drapes a Mexican flag on her body as she walks in El Grito.

Sanchez-Ramirez also says the event had a good turnout, but this comes as no surprise to her.

“Overall is really, really like proud of their Mexican heritage, it’s just it’s more beautiful now that we have, like you know, like oh, you’re a Mexican too. Like now we have that you know that unified and community,” she says.

Sanchez-Ramirez says she hopes to continue this event and involve more organizations and students. The next event ALAS  will be hosting is Sept 23 and learning about the different flags. 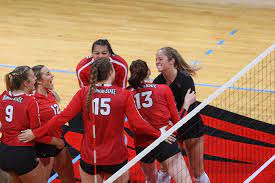 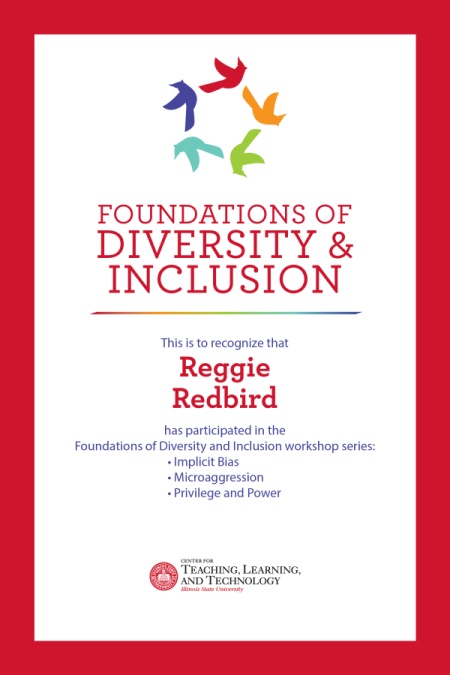