NORMAL, Ill. — Redbird Arena was the host to some of Illinois’ best athletes this weekend.

The arena was host to the IHSA State Volleyball tournament, hosting the final four teams from 1A-4A on Friday and Saturday evening.

To get to the point of the Semifinals, Normal West had won two matches against Rochester and Taylorville. Normal West comfortably won both matches, sweeping both teams in two matches to advance.

Normal West had their hands full against Belvidere North in their first game in Redbird Arena, as they dropped in two matches.

Their journey did not end there however, as they were able to place third in the consolation bracket against Joliet Catholic Academy, where they swept the Hilltoppers two matches to none. The final match was a back-and-forth thriller, where they prevailed 26-24.

For the 3A championship, Belvidere North fell against LaGrange Park Nazareth. Belvidere dropped the first game 25-18, but then surged with their back against the ropes to win a match 25-20. Finally, with the state championship on the line Nazareth put the series away with a 25-21 win.

For the 1A championship, there was another three game thriller as St. Thomas More High took on Augusta Southeastern. While Augusta Southeastern won the first match with a score of 25-22, St. Thomas More had the last laugh, as they prevailed in the final two matches winning state. Freeport Aquin placed third, while Springfield Lutheran placed fourth.

In the 2A championship, Lombard Montini made swift work of Pleasant Plains in two matches winning with a combined 17 points between the two matches. In the consolation match, Palos Heights Chicago Christian beat out Breese Mater Dei in two matches to place third in the Arena. 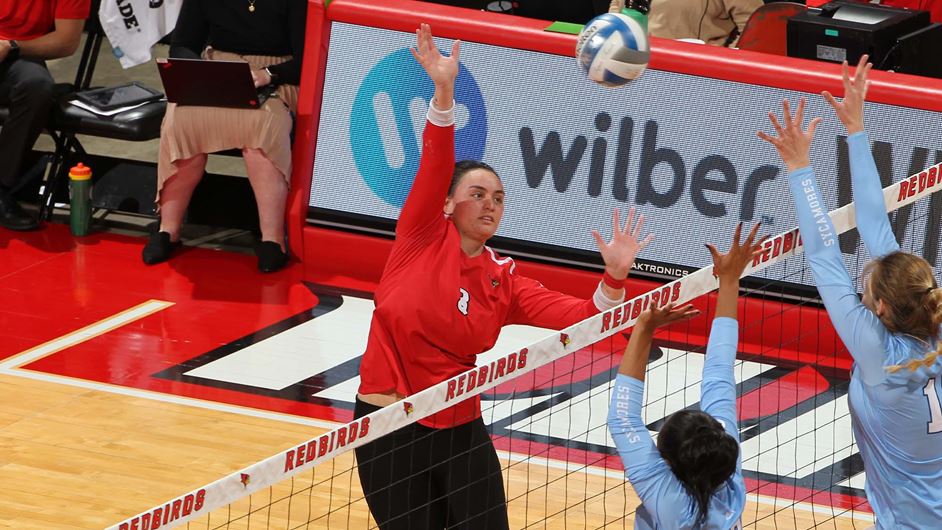 BREAKING: A Man With A Weapon