Betsy Londrigan beat Stefanie Smith for the 13th Congressional District race. “Whatever happens during this primary, we won’t go back. We believe in our communities. We have a future,” tweeted Smith hours ago.

Londrigan said, “Exercising one’s right to vote is of the utmost importance.” As of now, Londrigan is actually self quarantining. In a Tweet, she stated, “Out of an abundance of caution I will be self-quarantining for the next week.” Londrigan still pulled ahead of Smith even with a week of self-quarantining.

Brady defeated Blumenshine for the State Representative of District 105 for the Illinois House. According to David Paul Blumenshine he stands firm on term limits and has fought against incumbent Dan Brady, who has been in term for 20 years. “I have fought the good fight, I have finished the race, I have kept the faith,” said Blumenshine.

However, Blumenshine said, “Springfield may not want us to believe this, but our vote matters. With the recent pandemic, votes have been hard to come by, as our McLean County Clerk has reported turnout has been “light.”

According to Trisha Mallot the outcome of tonight’s results simply dictate in what way she will move forward with serving the County. Mallot will remain dedicated to improving the behavioral health of our community. “If I win, I continue to pursue becoming the next Auditor in an effort to enhance collaboration and efficiency in the office,” said Mallot.

Michelle Anderson, the incumbent has beaten Mallot despite concerns regarding finances within the Auditor’s office. The county’s finance committee also put the Auditor’s office under close examination last year when it approved a $25,000 pay cut for the Auditor after the county moved three of the four jobs in that office to the county treasurer.

ISU Political Science student Hannah Beer defeated incumbent George Gordon for McLean County Board District 6 seat. In her campaign Beer plans to focus on “accessibility to voter services,” more staffing for polling locations, and ensuring the county clerk’s budget is “followed as it was implemented.” Beer served as commissioner of the Town of Normal Human’s Relations and faced Gordon who was first elected to the County board in 1996.

With all of the Precincts in:

Lea Cline defeated Nathan “Chiko” Russo in the race for McLean County District 8 with 54% of the vote. Cline thanked her family and supporters on Facebook. “My competitor fought a good race and I appreciate his congratulatory phone call,” said Cline. “Now we unite and look towards November!” Cline serves as a professor at Illinois State University, chairs the city historic preservation commission, has been an election judge, and volunteered with the West Bloomington Revitalization Project and a neighborhood association. Both candidates saw their connections to the community as an opportunity to address important concerns of the community.

With all of the Precincts in:

Former Vice President Joe Biden pulled ahead of Senator Bernie Sanders. Leaving Biden to take Illinois in the Primary Election. Champaign County is currently the only county to vote for Sanders.

Working at the polling places today was McLean County Clerk Kathy Michael and she appreciates the work done by the judges at the polls.

According to Michael, these are Unofficial Results with all precincts reporting by 9:30 pm with an approximately 29% countywide turnout. As an example, the 2016 Presidential Primary had a nearly 50% turnout.

(Catrina Petersen contributed to this story) 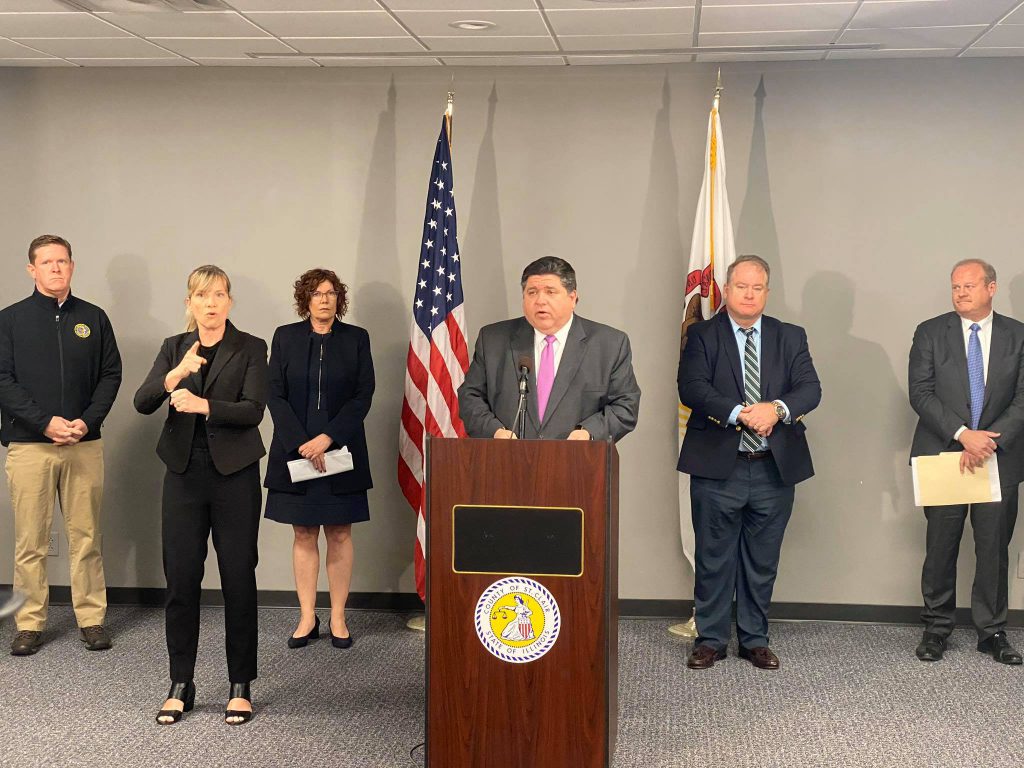