The stench of desparation could be smelled from the second level as the Illinois State Redbirds and Missouri State Bears both put everything they had into ending their four-game losing streaks. The difference in the end was that MSU played as a team, while the Redbirds could only find offense from DJ Horne and Antonio Reeves.

Horne had 23 points against the Bears, followed by 17 from Reeves. The game was tight until the six minute mark in the second half where two Jared Ridder three point field goals put the Bears up nine. From there, MSU just had to drain the clock and prevent any big plays from the Redbirds side. In doing so, gave them their first win since Jan. 17.

ISU went on a four minutes scoreless run, but head coach Dan Muller said his team was taking good shots, but they could not fall.

“I thought for the most part tonight we got good shots. We’ll get some good shots every night. I thought we really passed the ball well,” said Muller.

The score was knotted at 36 come halftime, and Missouri State made key adjustments that ISU couldn’t answer for. First being Isiaih Mosley. Mosley had a scorching start, accounting for nine point in the first four minute of the second half. Despite a troubling performance in the first half against a Redbird zone defense, the Bears found success in the driving lanes.

After a good stretch in the first half with the zone in place, Muller said his players were doing the opposite out of the gates of the second half.

“We didn’t guard, they made 7 of their first 8 shots. They got to the rim and Mosely was really hurting us. We tried all three defenses, we just weren’t guarding,” said Muller.

MSU had four players reach double dight scoring outputs, Mosley leading with 18 points. Demarcus Sharp and Ridder had 15, while Gaige Prim had a double-double with 14 points and 11 rebounds.

“They do have a lot of weapons so you have to be on your toes at all times on defense. Not a lot of room for error. They outsized us so that made our job a lot harder,” said Horne

The Redbirds are back in action tomorrow at 2 p.m., taking on Missouri State in the second game of their back-to-back. 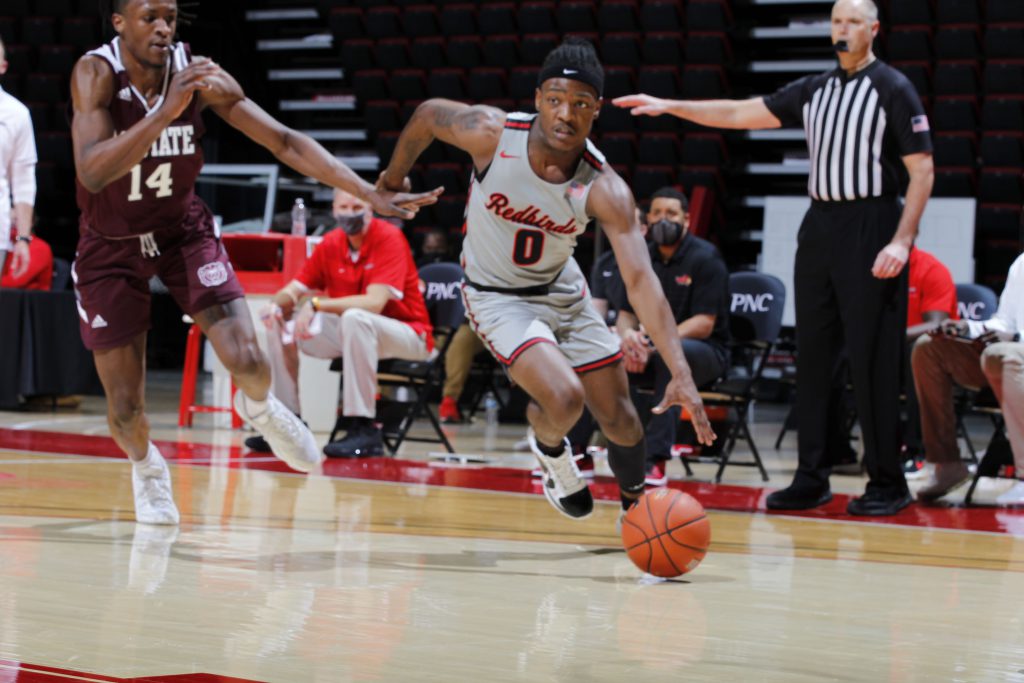